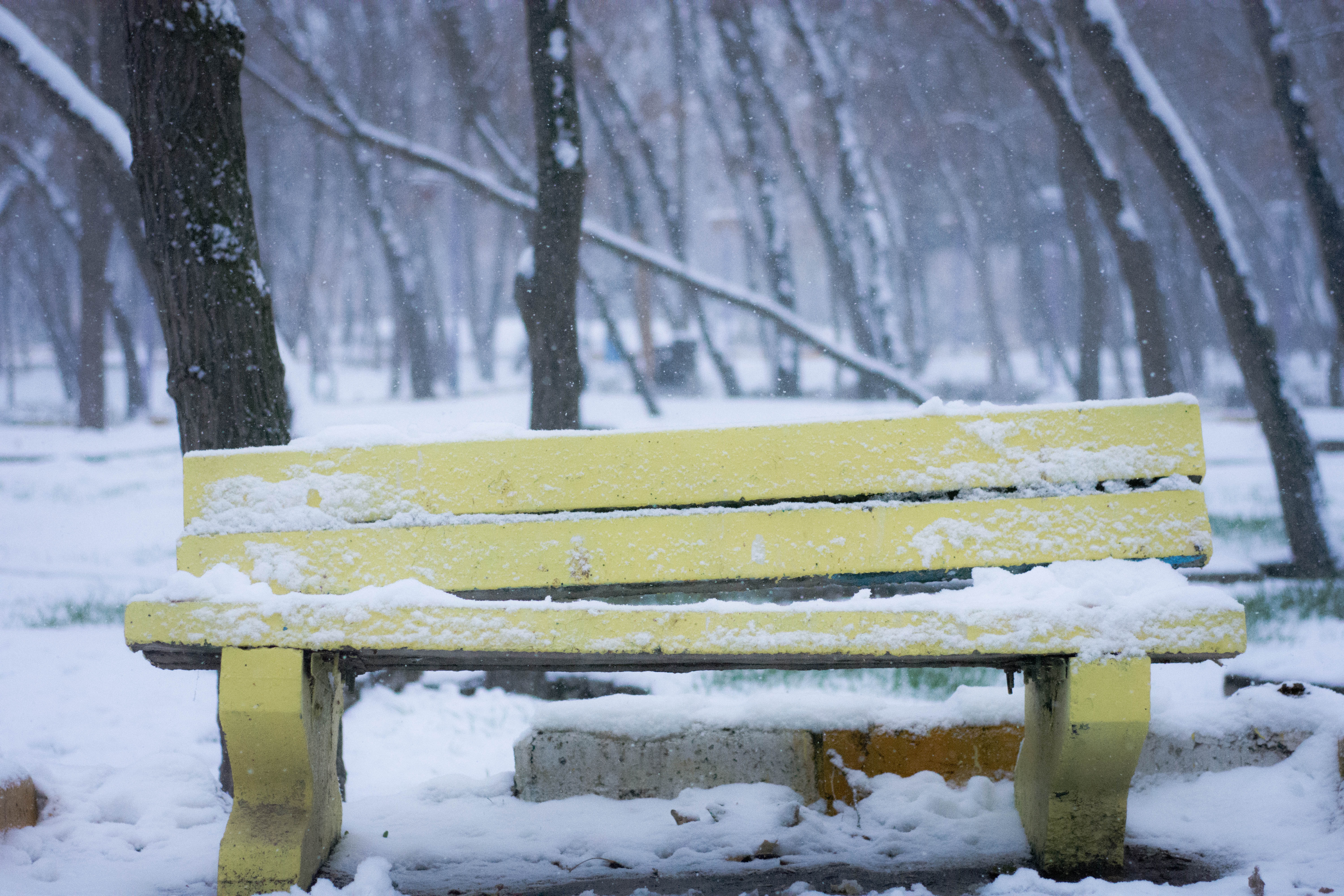 Winter is officially upon us. The year is drawing to a close, and a new one is about to begin. For many of us, this is a time for taking stock of the year that is (almost) over – thinking about what has happened, both personally and in the wider world, and what we’ve experienced over the past 12 months. How have things changed? What have we achieved? What are we hoping for in the year ahead?

The year just gone has been a tumultuous one, and we’re looking ahead to 2017 as a time when many things will be different, when our outlooks and opinions will be challenged in new ways. This experience of pausing to consider the year just gone, as well as the year to come, can lend a powerful energy to a piece of writing. That might manifest itself in a big, bombastic state-of-the-nation poetry, or in smaller, subtler ideas.

This time last year, we asked for your poems about festive feats and you responded with wonderful visions of groaning tables, mugs of hot chocolate, and chestnuts roasting over an open fire. This winter, we’re asking for you for something a bit different – an alternative to the seasonal poem that’s full of puddings, parties and snow. We’d like you to create a poem that focusses in on this very peculiar season – these distinctive, wintry weeks that mark endings and beginnings – and capture a moment that makes us think about this time of year in a slightly different way.

This quieter kind of thoughtful, wintry writing has been well explored in poetry. Thomas Hardy’s ‘The Darkling Thrush’ is a famous example, with the added frisson that this poem (first printed on 29 December, 1900) marked the end not just of the year, but of the century:

I leant upon a coppice gate,
When Frost was spectre-gray,
And Winter’s dregs made desolate
The weakening eye of day.
The tangled bine-stems scored the sky
Like strings of broken lyres,
And all mankind that haunted nigh
Had sought their household fires.

The land’s sharp features seemed to me
The Century’s corpse outleant,
Its crypt the cloudy canopy,
The wind its death-lament.
The ancient pulse of germ and birth
Was shrunken hard and dry,
And every spirit upon earth
Seemed fervourless as I. 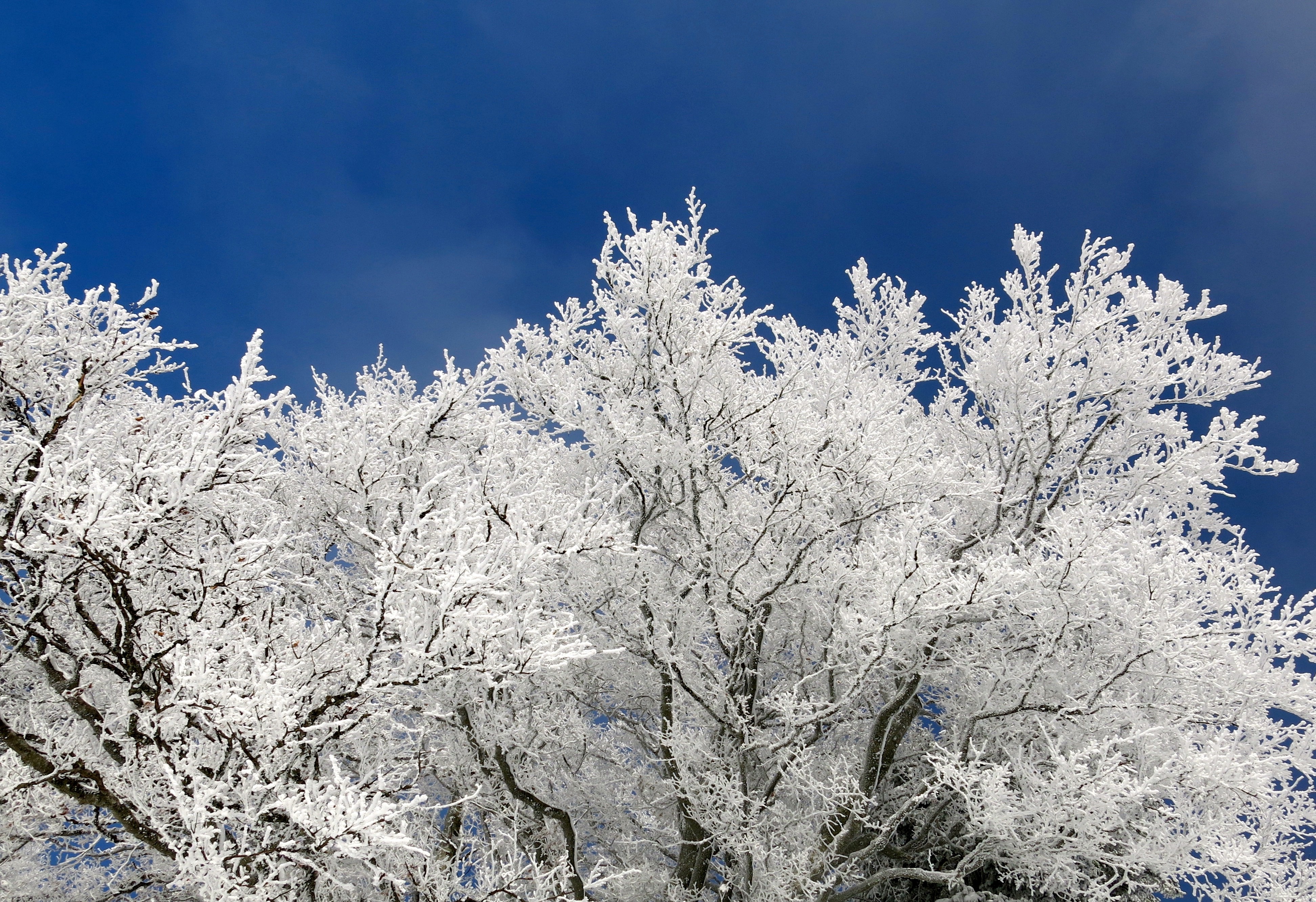 This is no excited paean to the year about to dawn, but a poem full of fear, uncertainty, almost a sense of foreboding about the time to come. There’s a faint note of hope in the poem with the “full-hearted evensong” of “[a]n aged thrush” – but even this bird is “frail, gaunt and small”. It may seem gloomy at first glance, but Hardy’s poem also brilliantly captures that strange, almost spectral quality that these weeks can have, when time seems to become suspended between the old year and the new. It makes for deliciously different, eerie Winter’s reading.

Contrast this poem with U.A. Fanthorpe’s ‘BC – AD‘, outlining another “moment when Before/ turned into After”, a moment when:

The banality of time passing sits against the staggering lurch into a new Millennium. It’s mind boggling – but it’s also very ordinary! – and highlights how it’s we ourselves who imbue the passage of time with so much significance, how heavily we shape and lend meaning to the idea of past and future. 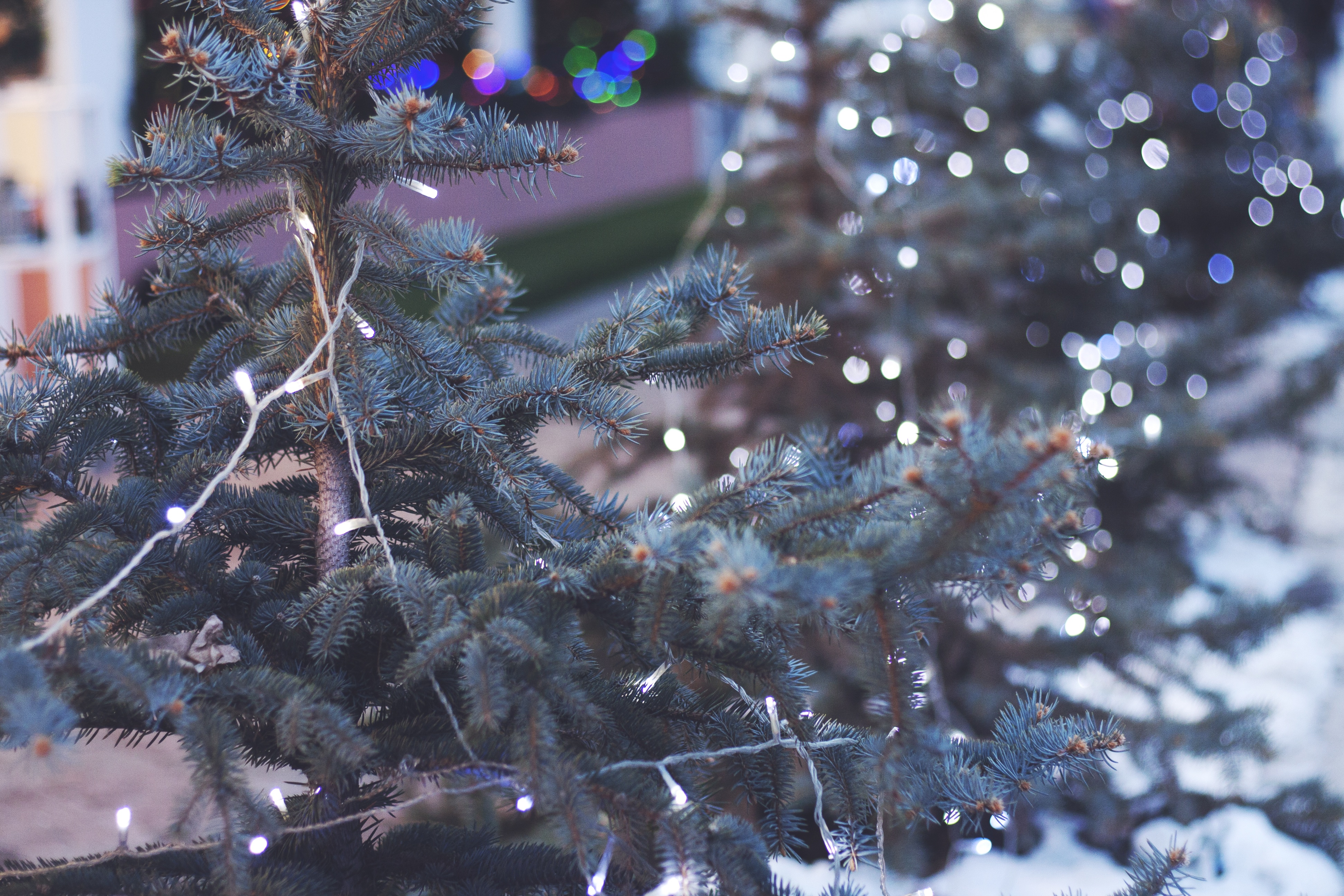 Louis MacNeice’s poem ‘Snow’ is another favourite for this time of year. The lines:

World is crazier and more of it than we think,
Incorrigibly plural. I peel and portion
A tangerine and spit the pips and feel
The drunkenness of things being various.

Sum up that sense of detached wonderment that can hit us as we start thinking about everything’s that’s happened in the space of twelve short months. The whole poem also captures that charged, slightly bewildering winter atmosphere. There are the hallmarks of a more traditional winter poem here – snowflakes falling, the “bubbling” fire, the tangerine, but the world of the poem MacNeice creates is very different – at once absorbing and unsettling. In another winter poem, you might expect that tangerine to be plucked from the heel of a stocking; here it becomes a symbol for the ever-spinning, ever-dizzying world around us. 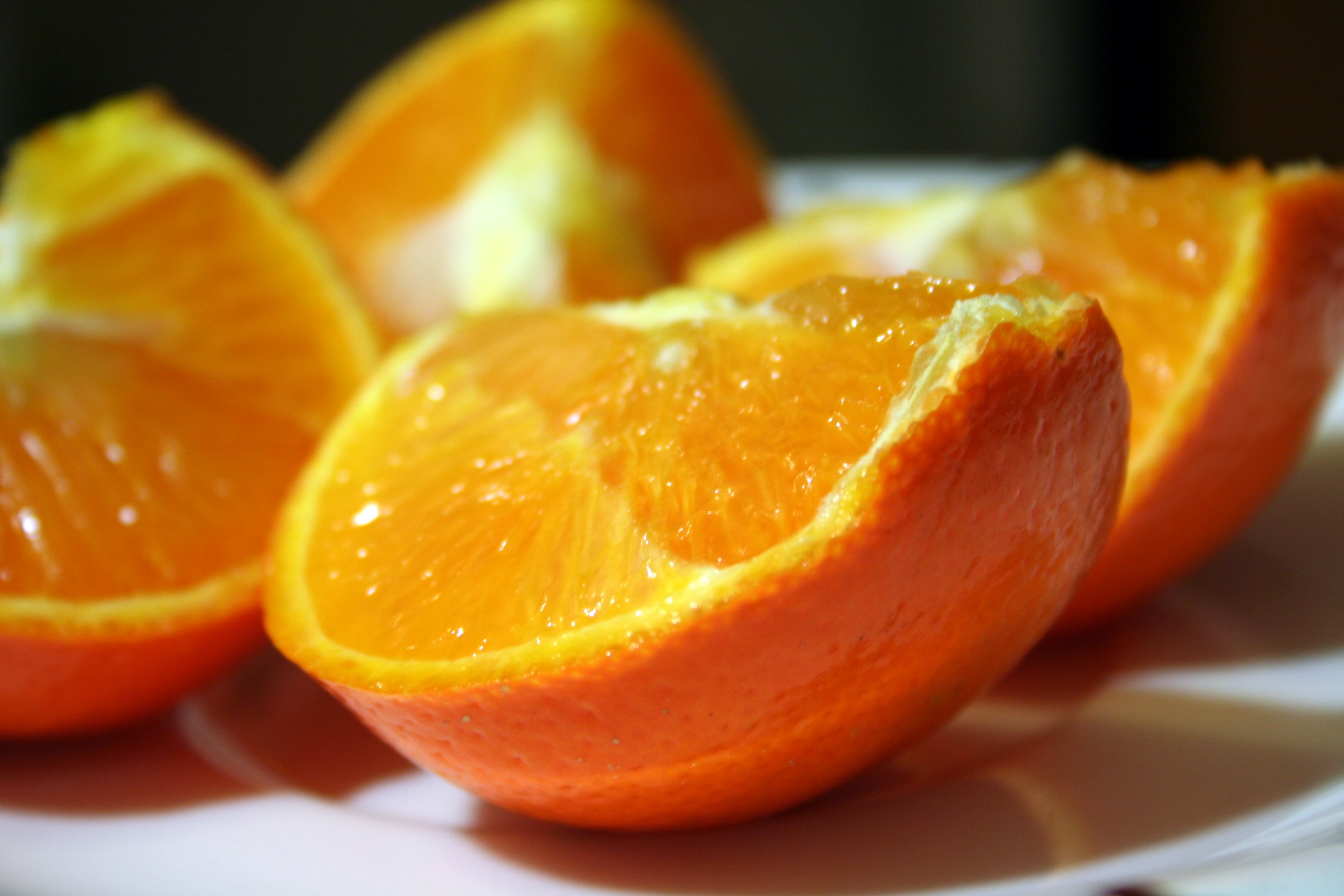 Look at the last verse of Paul Blake’s ‘Winter Stars’ (a version of this poem is also available in Paul’s chapbook, A Massacre of Hummingbirds, published by Stonewood Press):

In this clammy warmth
that chokes the throat of December
I think of those frosts, those skies;
of a time written in the language
of the winter stars, that language
in which every word is a verb.
You taught it to me:
to blaze; to be high;
to be splendid. To fall.

Think about the juxtapositions that are made in this poem. Warmth isn’t a positive here, but a cloying, claustrophobic sensation. There’s a sense of hope and aspiration in the winter stars – but we’re also reminded that stars can fall. The see-sawing of emotion here is really compelling – and it’s also very human! Poems like this can be a great antidote at a time when it can feel like there’s lots of pressure to have fun, to be ‘merry and bright’. Breathe. It’s OK to see things a little differently, a little more quietly, at this time of year.

That said, you don’t have to get too philosophical for your alternative winter poem to pack a punch. There’s plenty to enjoy in Mary Ann Clarke’s simple but subtle ‘Shower’:

I don’t want to get out of the shower.
When I do, the bullying power of
Winter will hit me like a football mis-aimed.
Because outside is unthinkable, so I have twined
Myself round this one jet that is warm,
Like a flower climbing away to the sun.
I turn my foot soles up to the stream;
They’ve been too cold all my life now, it seems.
I can’t bear to step out into winter’s harsh system
Of air snares that grab my muscles and twist them.
I will stay in my cell of a safe warm dream;
I will keep drawing faces in the door’s steam.

That momentary cocoon that Mary Ann creates in the world of her poem is comforting, while still acknowledging the blunting, bounding force of the world that lurks outside. We love the little gesture in the line “They’ve been too cold all my life now, it seems” to Stevie Smith’s ‘Not Waving But Drowning’, reminding us that a few well-chosen words and phrases can conjure up another world entirely. There’s defiance in Mary Ann’s poem too, a refusal to give in to winter’s grey weight. You might want to suggest this in your poem as well – to be, like the voice in William Carlos Williams’ ‘January’, “bound more to my sentences/ the more you batter at me”.

We’re excited to see what you come up with for this winter poems challenge – we want to read poems that put a new spin on this most frenetic time of year. You might draw on your own personal experiences of 2016 for this, or create an entirely new, imagined world for 2017. Like Hardy, you might be drawn to create something gothic and ghostly – or perhaps your poem will be bolder, bouncier, full of frost-melting grit. Whatever your take on this challenge, we’d love to read your poem.

How to Enter
This challenge is now closed. Read the winning poems by following the links at the top of the page.

6 thoughts on ““the listener, who listens in the snow” – our alternative Winter poetry challenge”