Our new challenge asks you to write a poem capturing the sights and sounds of the Great Fire of London.

Use the prompts and objects below from the Museum of London’s Fire! Fire! exhibition to spark your own poem exploring this infamous event.

The story of the Great Fire of London

In 1666 the City of London was a warren of narrow streets, crowded with wooden houses, many with overhanging upper storeys. Fire was used for heat and lighting and people were well aware of the fire risk. Indeed, a great fire was predicted as a punishment for a sinful city. John Evelyn described London as “a congestion of misshapen and extravagant houses” and the streets as “narrow and incommodious in the very centre and busiest places.”

As night drew in on 1 September 1666, a strong wind was blowing, but the people on Pudding Lane were cosy in their homes. Mr Thomas Farriner (the baker) and his daughter Hanna were sleeping soundly. But, down in the bakery below, the oven still smouldered. A small spark must have escaped and started to grow – soon the wooden floor, the walls, and the stairs up to the bedrooms started to burn. Thomas and Hanna would have woken up coughing in the billows of smoke. They escaped through a window but sadly one of their maids was too scared to climb out and was one of the few people to die in the devastating fire that followed.

At 3am in the morning the famous diarist Samuel Pepys and his wife Elizabeth were woken by their maid Jane, but Pepys thought “the fire far enough off” so went back to bed. The next morning they heard that 300 houses had burnt down overnight and the fire was spreading fast – their house was now in danger.

The fire raged for just over four days. A wind was blowing from the east, spreading the fire faster than people could fight it. Thousands of people left their homes to the flames. Eyewitness accounts describe how the streets and river were jammed with panicking people trying to rescue their belongings. Pepys’ diary describes how everyone was “coming away loaden with goods to save, and here and there sicke people carried away in beds” and “River full of lighters and boats taking in goods, and good goods swimming in the water, and… hardly one lighter or boat in three that had the goods of a house in, but there was a pair of Virginalls in it.”

There was no Fire Brigade in 1666 and firefighting equipment was basic: buckets; fire hooks; axes, ladders and squirts. Everyone was expected to help. Imagine trying to fight this huge blaze as burning wooden house beams tumbled to the ground. The heat was immense – Pepys described how “with ones face in the wind you were almost burned with a shower of fire drops.” King Charles II and his brother James were actively involved in tackling the fire. They rode around on horseback and gave money to firefighters. The best way to stop the fire spreading was to pull down houses to create gaps that flames couldn’t cross. Initially this was done with fire hooks, but as the fire worsened the navy started using gunpowder to blow up buildings. By Thursday morning the fire was mostly out but over 13,000 houses had been destroyed.

Around 100,000 people were now homeless. Thousands camped in fields outside the city, surrounded by whatever they had managed to save from the fire.

“…the poor inhabitants dispersed…some under tents, others under miserable huts

and hovels…now reduced to extremist misery and poverty…”

Some people lived in the fields for up to eight years. The King set up a national fundraising scheme and people from across the country collected money to help with the rebuilding. Imagine what it was like for the homeless as the winter drew in. On display in the exhibition is a partially burnt bible, the pages blackened and singed with an inscription inside the cover that reads: “This Bible was at Mr Harding St Martins Lane in the Fire of London.”

The destruction provided an opportunity to redesign as well as rebuild London, improving the old crowded street layout. Some people dreamed of completely changing the city layout but in the end London was rebuilt on its original street plan, although with brick instead of wooden houses. Sir Christopher Wren designed many of the new churches, including ambitious designs for a new St Paul’s Cathedral to rise out of the ashes of the burnt city.

Using one or more of the objects shown above as inspiration, write a poem that encapsulates London, before, during or after the Great Fire. How will you evoke the sights, smells, and sounds that accompanied the devastation of the city? How could your poem recreate the emotions of somebody caught up in the chaos of the Great Fire?

Your poem can be about the event itself, or you could imagine that you are one of the people who lived in London at the time – perhaps the baker’s daughter, Hanna, or the detailed diarist Samuel Pepys, or some imaginary figure. It’s up to you to be as imaginative as you like. Take a look at Jake Reynolds’ poem, ‘Fire Fights Itself’, which is told from the perspective of fire itself. Maybe you could take on the character of those fearsome flames in your own poem!

Trust not a word I say, not one lick
or spit of hot-hit-whisper. Don’t let me
beguile you, peacock feather dance,
melt the air above my head: this is no magic,
just a rotten science. Resist the urge for compliance:
pat me down, put me out, smother me
with your rags. Clothe me in black rings.
Don’t let me do what I want, don’t let me
reach my full potential, don’t let me become
an ember of myself, a ravenous beast
of buildings, forests, your Sunday roast…
turn me off, shut me down, leave me dead
in your boot. I didn’t mean to spring here,
summoned by two-stick friction,
pictured in your battles, your catastrophes,
painted behind the eyes of your devils
whose abodes bow and cower at my brothers…
douse me, drown me, let me settle.

We’re excited to see what you come up with for this challenge!

Winning poets will have their poems published on the Young Poets Network and receive an exclusive Young Poet’s Network notebook, as well as other assorted poetry goodies and prizes from the Museum of London.

This competition is now closed – you can read the winners by following the links at the top of the page.

Get inspired further by seeing the real artefacts up close. All these objects are on display at the Museum of London in its interactive and atmospheric Fire! Fire! exhibition. Fire! Fire! is open daily from 10am-5.30pm (last admission at 4.30pm) until 17 April 2017. Find our more at www.museumoflondon.org.uk/fire-fire

Even better, you can experience the Great Fire of 1666 yourself. The new Fire of London website is a good resource for ideas. This new site also includes a Great Fire 1666 Minecraft experience that enables you to explore the streets of London before and during the fire. You can even try to rebuild the city.

Find out more at www.fireoflondon.org.uk 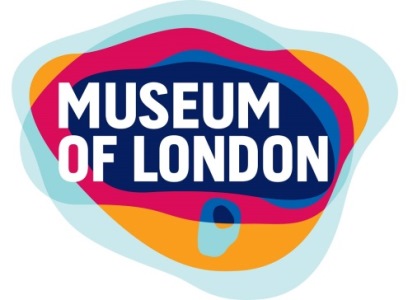