What could be better material for your poetry than the everyday stuff you love (or hate)? We’re asking you to write poems about popular culture. 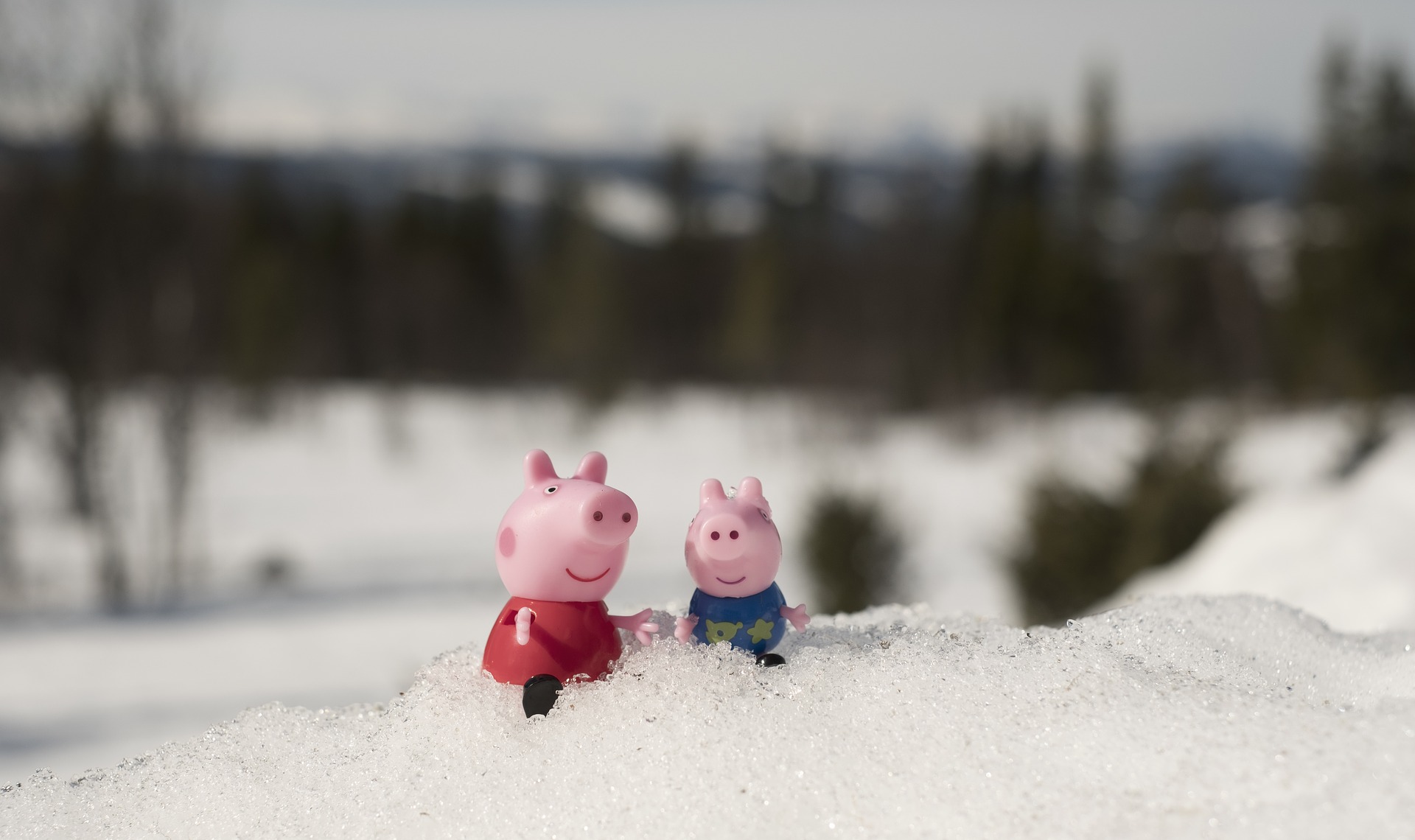 The challenge: use popular culture in your poetry.

What is popular culture?

Popular culture is made up of the “attitudes, behaviors, beliefs, customs, and tastes that define the people of any society. Popular culture is, in the historic use of term, the culture of the people.” (At least that’s how Ray Browne defines it in his essay ‘Folklore to Populore’.) It includes the things that lots of people in a particular society know and generally like (though that’s debatable!), and which form part of their identity or daily life.

Wikipedia lists as the most common pop culture categories in the West: ‘entertainment (such as film, music, television and video games), sports, news (as in people/places in the news), politics, fashion, technology and slang.’ We’d also add internet culture, including memes, social media, forums and so on.

Pop culture is fast-changing, especially now we live in a #trending world, and aspects can rise and fall in the blink of an eye.

Why would you write about popular culture?

From an outsider, Liverpool’s ‘You’ll Never Walk Alone’, The Great British Bake Off and the Brexit bus might not be considered ‘poetic’. But maybe that’s only because popular culture wasn’t really possible before mass communications. It only really took off in the twentieth century – and so it didn’t even exist for most of the poets we in the UK study in school. Nowadays pop culture is, by definition, part of our everyday lives. So why shouldn’t we write about it? 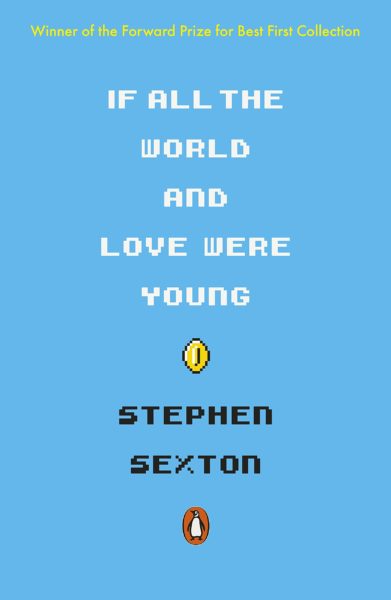 In 2019, poet Stephen Sexton won a number of the prestigious awards for his book If All the World and Love Were Young, which is about the videogame Super Mario. It started off as a joke – he challenged himself to write a poem for every level of Super Mario World for fun. Later, he realised what the poems were really about: the loss of his mother. The poems become elegies, taking him back to his childhood, and processing that loss. He speaks more about this here.

Not only are the poems about Super Mario, but the game console it’s played on, the Super Nintendo, also shaped the very form of the poems. Because the Nintendo processes just 16 bits of information at a time, every single line in the book is 16 syllables long. Sexton also made the poems “square and blocky” to “replicate the pixel-led experience, lots of little squares sat next to each other that end up creating an image somehow.”

Sexton contrasts Super Mario World with his world, writing in ‘Yoshi’s Island 1’: ‘Pixels and bits pixels and bits their perpendicularity: / one of the worlds I live in is as shallow as a pane of glass.’ In another, ‘Yoshi’s Island 3’, he imagines going up ‘Windy Mount the highest peak in this region’, which reminds him of ‘our father at home / the Sirocco in from the south turtle doves in the huge wheat fields’. This game is nostalgic for him, and becomes a clever way to talk about childhood and memory.

Find a few of the poems at the start of the collection by clicking Look Inside here.

Some ideas to get you started…

Think about an element of pop culture you love. Find something unique or strange in it. Turn that into a poem.

Here’s another Super Mario poem: in many Nintendo games, when a character is hurt, they jump back, and for a moment they become invincible to further attacks. Vidyan Ravinthiran imagines what it would mean if people could also do that in his poem ‘Mercy Invisibility’:

We’re playing Super Mario. This level’s
designed for one player and not two.
The quick-collapsing platforms mean one always falls.
But when he hits the spikes he starts to flash.
The plumber turns invincible as a firewalker.
A chance to extricate oneself. How often
have our lives known that brief
immunity – the crisis which emits
a stretch of ardent unreflective life?
It’s afterwards that hurts. Time salts all wounds.
You come to realise: that really happened.
But first there’s a quick flick of the stick
as you leap my glimmering sprite between the spikes
and urge me onwards through a wall of fire.

Can you, too, closely examine a part of pop culture, and find a quirk in it?

An ode is a kind of praise poem, paying homage to a specific person, thing or concept. Maybe you’re in the BTS army, or your whole room is decorated in Arsenal memorabilia. Write a list of specific things that you love, or think are under-appreciated, about that person or thing. Be as specific as you can: not just Leonardo di Caprio’s hair, but his hair when he shouts “I’m king of the world!” in Titanic. Once you have a list, think about the order of the images, and how you might relate this poem to something wider. You can find out more about how to write an ode here.

Can you take inspiration from pop culture to inspire the form your poem will take?

Like Stephen Sexton’s 16-syllable poems, could something about your subject shape your line or stanza lengths? Could you create a new poetic form? What would the RuPaul form look like? Or can you actually use other media in your poem: could you make a film poem in the style of a BookTok? Could you create an ‘object’ poem about fidget spinners on a fidget spinner? Be creative! 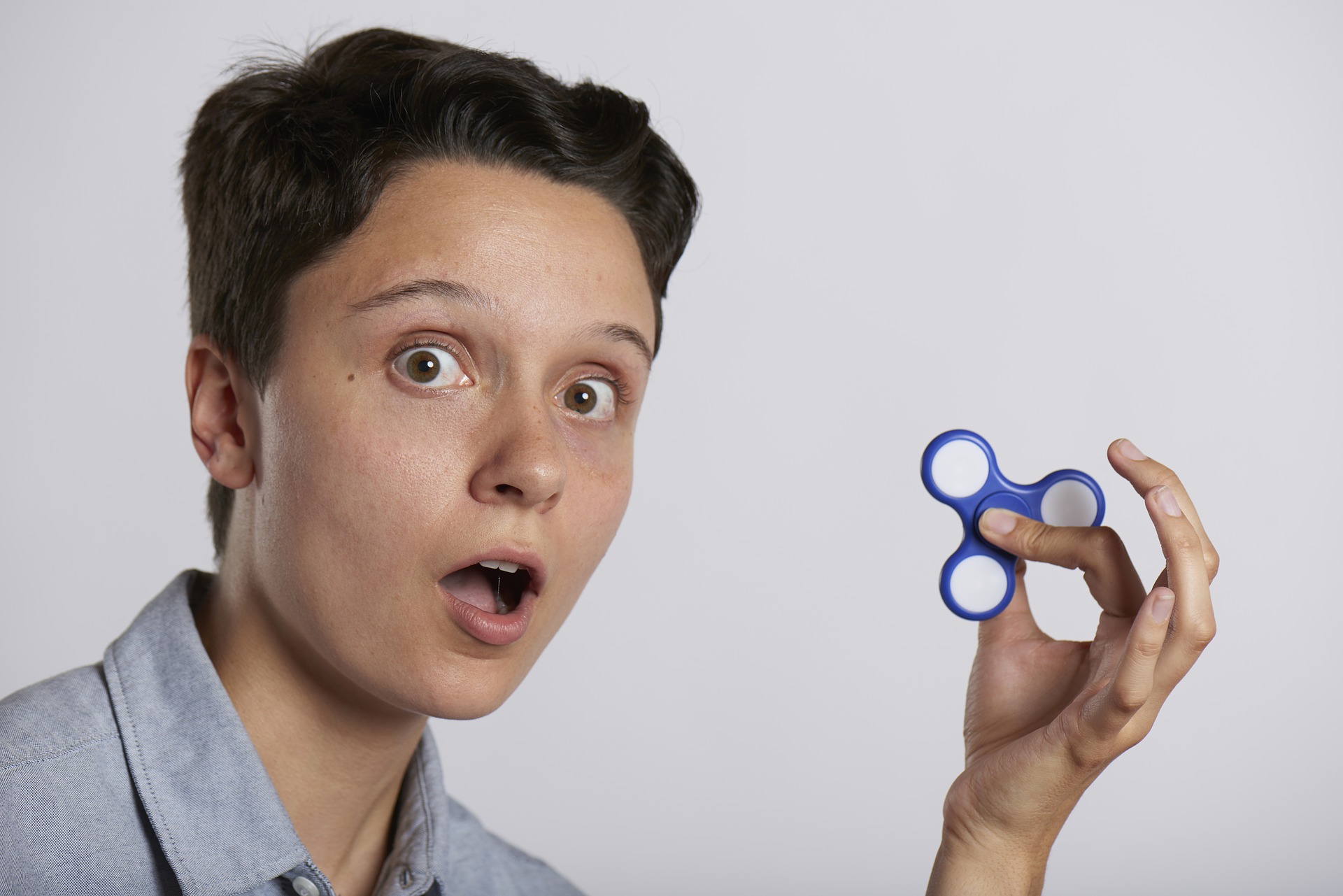 Make an unlikely parallel between a fictional storyline or a celebrity’s life and your own.

Morgan Parker’s collection There Are More Beautiful Things Than Beyoncé uses Beyoncé to stand in for every Black woman. Parker writes: “Her name is this kind of stand-in for everything that we see and are and how folks see us. That’s why I’m able to have her at the Super Bowl, but also have her talking to my therapist; she can play all of these roles, and in that way there is this interchangeability that becomes interesting: what’s the difference between me and Beyoncé? The flexibility and slipperiness of using her name to be a stand-in for anyone was compelling to me. It’s really a way for me to get at the fact that black women are so different and can be looked at in so many different kinds of ways, and somehow by using just one name it points to that kind of multiplicity.”

Here’s just one example, from Parker’s poem ‘Beyoncé in the Third Person’:

I am very
complicated and so is Beyoncé.
Dogs in their gait of privilege
circle her. Snow falls for her,
shellacks windows for her.
Beyoncé, are you sure you’re ok?
I slice lemons in my quiet apartment
and pile them on a step. When I think
about revolution, I turn to the B side
of Dangerously in Love.

What parallels can you draw between people in pop culture and your own life?

Write a poem or poems that use contemporary pop culture (as defined above) in some way. This introduction has been pretty focused on Anglophone/European pop culture because that’s the context The Poetry Society exists in, but we’d be excited to hear about pop culture in your context. You can use the prompts above, or completely go your own way – as long as you use pop culture in your poems.

We know that the category of ‘popular culture’ is broad, and blurry. We’re looking for poems that reflect the everyday media you engage in. If you think your poem uses pop culture, we’d like to read it.

And above all, have fun!

This challenge is for writers aged up to 25 based anywhere in the world. You can submit as many poems as you like. The deadline is midnight BST, Sunday 21 November 2021. You can send a poem written down, a photo of an object poem, or a video or audio file. If you are sending a written version of your poem, please type it into the body of your email. If you are sending an image, video or audio file, please attach it to the email (making sure it’s no bigger than 4MB or it won’t come through) or send us a link to where we can see/hear it. We suggest WeTransfer.

Send your poem(s) to [email protected] with your name, date of birth/age, gender, the county (or, if you’re not from the UK, the country) you live in, and where you found out about this challenge (e.g. Twitter, YPN email etc.). In the email subject line please write ‘Pop culture challenge’. If you are aged 12 or younger on Sunday 19 September 2021, you will need to ask a parent/guardian to complete this permission form; otherwise, unfortunately we cannot consider your entry due to data protection laws.