Chris Meade asks young poets to write about all the things they’ve nearly done… or will nearly do. 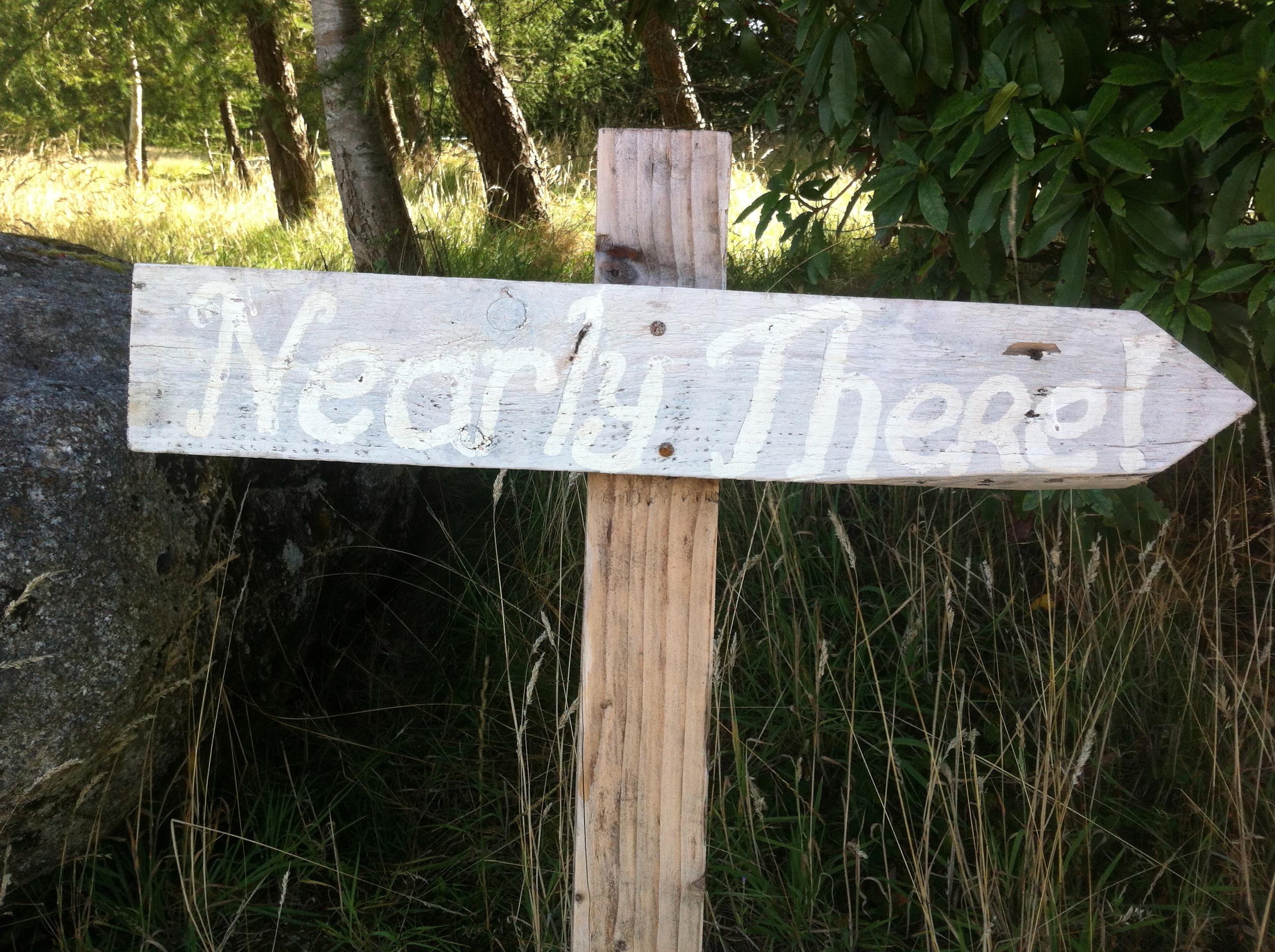 Nearlyologists call on all people to share freely and openly one with another
who they really and nearly are…
Once others decided which were real writers deserving reproduction.
Today we are nearlywriters, able to amplify and illuminate words and pictures
but responsible for deciding when our work is cooked enough to show
and to whom to show it.
We learn constantly, approximately, way outside the confines of formal institutions;
we are students of the Nearlyversity…
Far more things nearly happen than happen.
The universe is held together by the dust of humankind’s nearlyincidence.
from The Nearly Manifesto

I’m interested in things that have nearly happened, will nearly happen, and how they affect us. So in this new writing challenge, I’m looking for young people’s poetic responses to my project of Nearlyology: the study of the things we nearly do and how they influence who we really are.

Think about what has nearly happened to you in your life so far. What did you do instead?

How do you feel about your Nearlies? Do you feel bitter regrets or blessed relief? Which close shaves and near misses do you remember, and who do you tell about those quirky/sad/funny/dramatic/bad/odd things that didn’t quite happen to you – or haven’t yet?

Have a look at these Nearlies for inspiration. They were gathered at Nearly events around the country. Some are sad, some funny, some strange.

“I nearly…learnt to tap dance, but then my grandfather died.”

“I nearly…lived my whole life as a lie.”

“I nearly…had tea with the Queen Mother, at the Bishop’s Palace, Wells, Somerset c 1978. My name had been picked out of a hat. The day before, in a close-run game of kiss chase, Ian Barrett had pushed me into the Homey Wall and broken my nose. Lip was too swollen to sip from a cup with royalty. I stayed at school like everybody else. I have been left with illusions of grandeur and an awareness of the power of attraction. Ian Barrett broke my nose and swole my lip because he wanted to kiss me.”

We want to read your attempts to capture in a poem what it feels like to imagine the road not taken, the images you have in your head of the holiday that didn’t happen, the taste of your nearly lives.

Look at Anna Kisby’s poem ‘Fireflies Unlimited’. She starts the piece with a really big Nearly:

We’re in the half-built house
in Vermont – me and the man
I nearly marry, but don’t

This becomes the springboard for the rest of the poem. Kisby uses the image of ‘the half-built house’ to reflect her Nearly-life so elegantly. How much of what you’ve nearly done is part of who you really are – the place you almost visited, the relationship that nearly started, the choice you were about to take when something else happened instead?

In Eric Berlin’s poem ‘Night Errand’, the nearly comes towards the end. It’s followed immediately by ‘I did it again –’ and a confession. The contrast between the nearly and the stark admission of what the speaker has done makes the confession even more powerful. Berlin’s speaker wishes the violence at the end of the poem had merely nearly happened, rather than the trip to the mall.

You could also use the ‘nearly’ the other way round. The poem ‘nobody ever wins, nobody ever loses’ by Foyle Young Poet Sherrie Talgeri begins with a dreamy ‘if’ that is revoked two-thirds of the way through. Most of the poem recounts what could have happened – but didn’t. Perhaps you’d like to imagine that nearly-life in your poem in a similar way.

You can read more about the Nearly Project at www.nearlyology.net 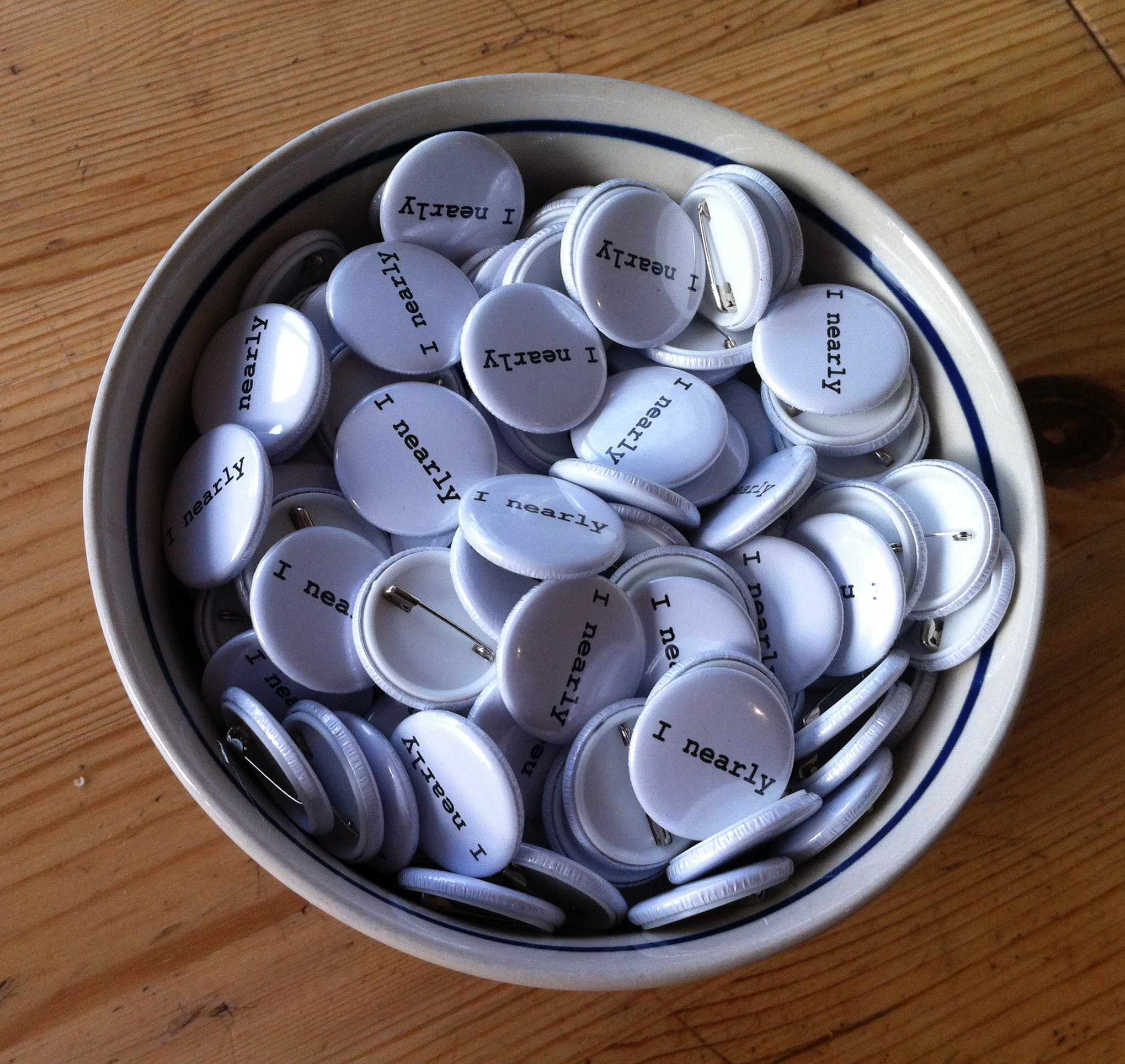 Create a poem (or poems) inspired by Nearlyology. You can use any of the ideas we’ve mentioned here, take inspiration from the Nearlies on the website, or completely go your own way to create a nearly-poem.

I’m really interested in digital writing: my PhD at Bath Spa on this subject has involved writing a transmedia novel about three Nearlyologists. Transmedia involves making a fictional world that ‘exists across distinct media and art forms’ and my book includes songs, artworks and live performance as well as a written narrative. I also run a charitable company called if:book which runs an annual UK New Media Writing Prize. So I’d love to see some young poets sending in movies, pictures, audio files or other digital renderings of their work, and experimenting with new ways to tell stories and make poetry. But of course plain old words work wonderfully well too!

This competition is now closed. Thank you so much to everyone who entered – you can read the top three winning poems and the three highly commended poems on the top left-hand side of this page.

This challenge was open to all poets up to the age of 25, based anywhere in the world. You can send a poem written down, or a performance poem as a video or as an audio file, or use any other media. Send as many poems as you like. The deadline for all entries was midnight Sunday 11th March. 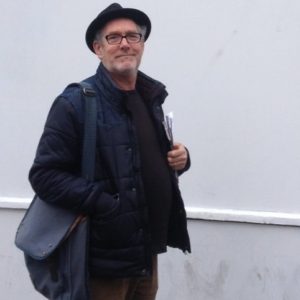 Chris Meade is a writer and founder of if:book uk, a think and do tank exploring digital possibilities for literature. In the past he’s been Director of The Poetry Society and of BookTrust. He writes fiction, scripts, and songs which he performs as Chris Ifso. He has an M.A. in New Media Writing, was a member of Academy Inegales, experimenting with words and improvised music and is currently Chair of Modern Poetry In Translation magazine. Chris has been published by Penguin, performed on the Edinburgh Fringe, his digital novella In Search of Lost Tim, was described by the Independent as “just possibly the future of fiction”.– and he was commissioned to write a sitcom which was nearly produced by the BBC.