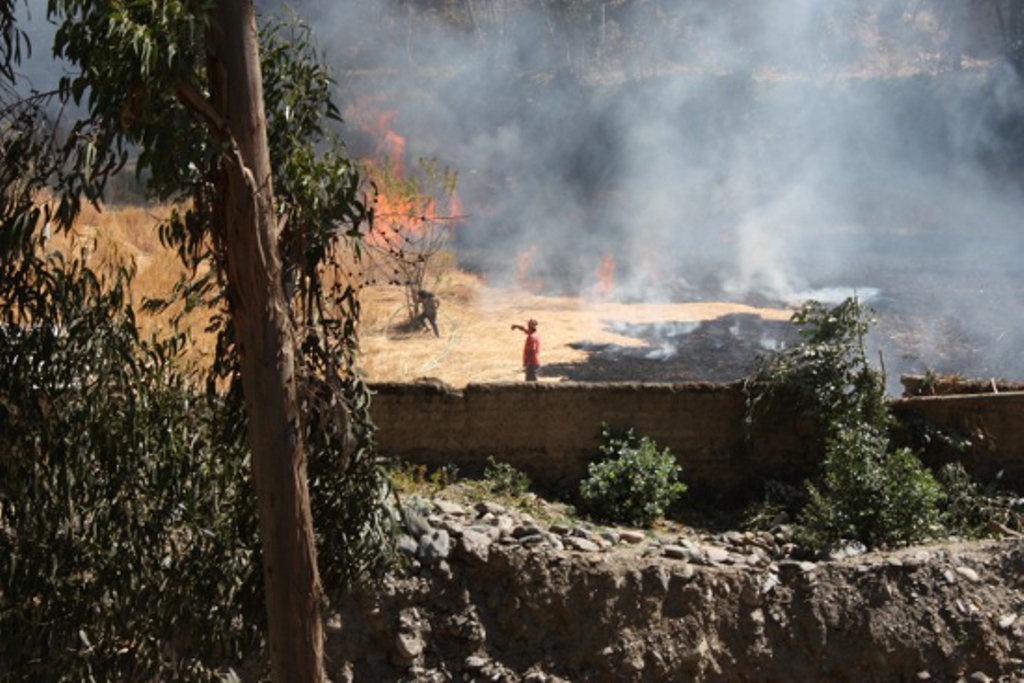 Cape Farewell leads expeditions of artists, musicians, writers and scientists to places like the Arctic and the Amazon so they can see the effects of climate change close up and respond to it in their work. Now you can add your voice by writing in response to the challenges – and Helen will be choosing poets to publish on Cape Farewell’s SWITCH website and win some particularly exciting prizes…
Sometimes, you have to destroy part of something to keep it. Look at Daro Montag’s image ‘Controlled burning in an Amazonian Forest’, above. Controlled burning is a technique than can be used in forest management to reduce the risk of fires in the longer term. It uses an artificially-induced fire (fire is often a natural part of forest ecology) to reduce fuel build-up in the forest so that there’s less chance of a serious, hotter fire starting by accident later. Controlled burning stimulates the germination of certain forest trees, therefore helping to renew the forest. This might seem like a slightly contradictory idea at first – how can partly destroying something help to save it in the long term? Sometimes, a part has to be sacrificed for the benefit of the whole.

This can be true of writing a poem too. Sometimes you have to ‘kill your darlings’ and take out a phrase or word that you’d really rather keep but need to edit out for the sake of the overall poem. Before you work on this challenge, read these handy tips from Young Poets Network about re-drafting your work.

Have a look at this poem on the Poetry Society website, which I wrote a few years ago. In your piece of writing, you’re going to make the fire talk about itself too. You might start off by making a list of answers to some of the following things: What will fire have to say? Is this a small, domestic fire in a hearth or is it a large fire in the open? Has your fire been started deliberately like the controlled burning in Daro’s picture, or is it an accident? What might fire think about the things it burns? What does fire feel like? Does it want to be here or would it rather be somewhere else?

Looking at Daro’s picture, we can almost smell the distinctive, acrid scent of burning. Try and weave this sense into your poem, considering how fire would talk about this aspect of itself.

When you’ve drafted your poem, you might go back to it with some of the redrafting tips in mind and think about which words are essential and which words you might edit out.

If you have time, you could go on to look at this image of ice by Carol Cotterill: 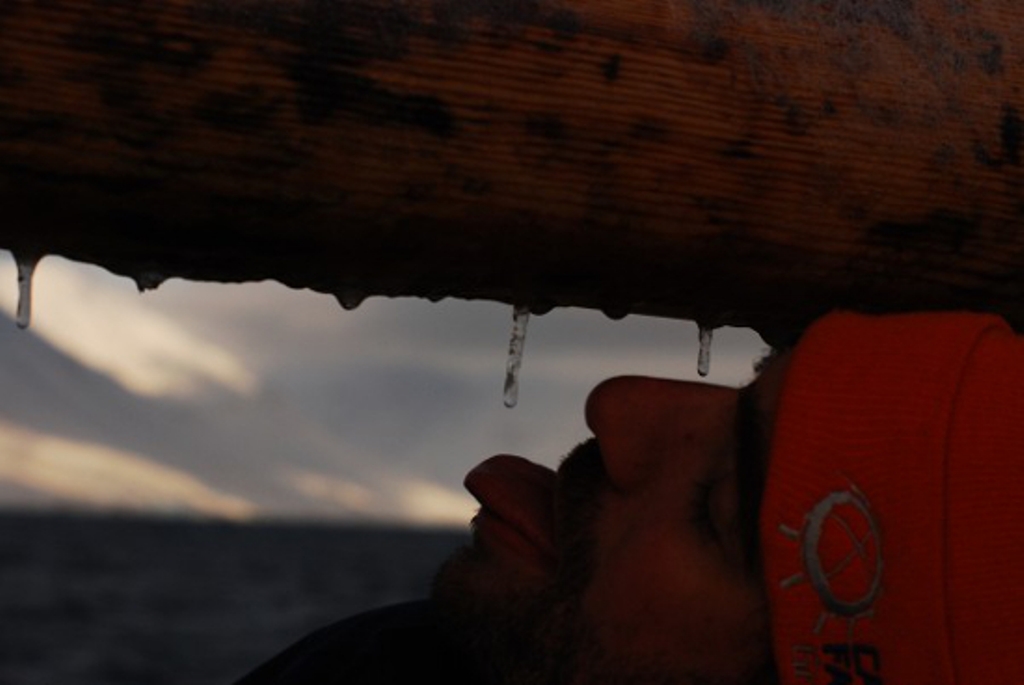 We’ve already heard what fire has to say, so how about ice? This time, make the ice talk about itself. Where is your ice? What shape does it have, or has it changed shape? Does it remember what it was like to be water? Carol’s photograph focuses on the idea of tasting ice, so try and weave that into your poem – how does ice taste, or what does it taste itself, as it freezes over other objects?

“Some say the world will end in fire,
Some say in ice…”
From ‘Fire and Ice’

The challenge is now closed – but you can read the amazing winners and be inspired to write your own poem to submit to one of our Poetry Opportunities Page!

Serena Cooke won Karen’s challenge to think about the causes and effects of climate change, expressed through a collage poem, with her wonderful piece ‘Green Tears’. Here Serena takes us through her response to the challenge.

I really enjoyed the environmental themes of the Cape Farewell challenges because they allowed me to explore something very close to my heart in a poetic way. When writing my poem, I started off with a free write, thinking about the big tree in my front garden. I then looked at the pictures accompanying the challenge by Ana Cecilia Gonzales-Vigil and did another free write for those trees. My poem had to be a collage poem and so played around with the structure of my poem lots, starting off some stanzas with random words and sounds from my free write that I then pieced together. Because I love the environment and think very closely about my own carbon footprint, winning this event was very special to me as I had successfully connected my love of poetry with my love of the environment to write my poem. The Cape Farewell event in London was fantastic because it showcased the best young poetic talent and reunited us in writing about the dangers of climate change, a huge issue for our society that should be taken more seriously. 10 thoughts on “Building it up, breaking it down – Helen Mort’s third Cape Farewell challenge”