In our fourth and final August challenge of 2021, Foyle Young Poet Anisha Minocha invites you to use the form of a letter (or postcard, or note, or email, or text, or DM) to write a poem.

This challenge is now closed. Congratulations to the winners, whose poems you can read in the sidebar. Congratulations, too, to the longlisted poets whose work impressed the judge: Martha Boyd, Joe Cole, Kate Greenberg, Elsie Hayward, Theo Holness, Mathew Hunter, Iona Mandal, Mia Nelson, Mukisa Verrall and Maggie Wang. 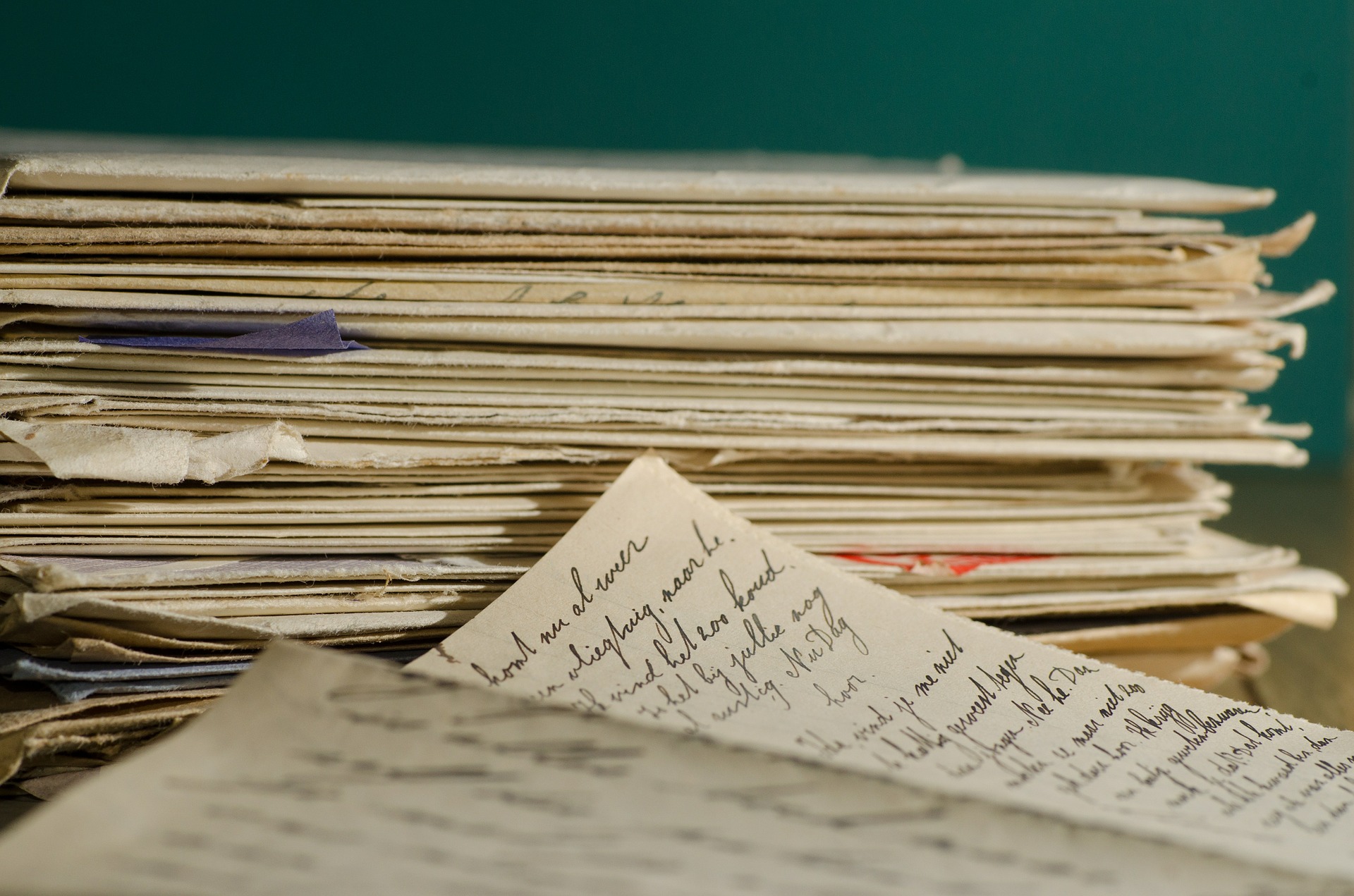 The challenge: write a letter-poem or poems

Have you ever read a letter, text or email which felt so poetic that you just wanted it pinned onto your wall? Reading poems and messages like this can often feel like an invisible connection between you and the speaker. As a way to express and communicate an emotion or message, writing a letter in poetry is an entire genre: the epistolary poem.

Epistolary poems aren’t just letters with line breaks – combining these two forms of writing allows you much more freedom than a standard poem or postcard. You can play around with the structure and how you’re writing. A letter poem can be written in prose poetry (blocks of texts or paragraphs) similar to typical letters, like ‘[Letter to Gary Bottone]’ by Jack Spicer. This poem uses a mixture of more casual chit-chat to a specific person (‘your letter was no surprise’) and lyrical language (‘Bohemia is inside of me’), leaving some things open to the reader’s imagination, including what was in Gary’s letter and their exact relationship.

In this challenge, I’d like you to harness the form of letter writing in poetry to communicate any message you wish to anyone, or anything, anywhere. You have so many options with who or what you’re writing for. It doesn’t have to be a long lost penpal from Germany! You don’t even have to write to someone you know. (And if you do, consider if you want to mention their name or keep some privacy. Would you like them to be aware it is in the public eye or keep it as a personal message?) A letter-poem can be addressed to a public figure, friend or family member, living or dead. You could even write a letter to a stranger, as in Charles Bernstein’s ‘Dear Mr. Fanelli’, which is addressed to a stranger who put his details up in the 79th street subway, for anyone who has comments on the condition of the train station. The speaker has written him a letter that responds to this request, but also covers a range of ideas from social injustice to personal loneliness. With its short, sharp lines like the passing of subway trains, the poem manages to be both sad and funny at the same time. This letter poem shows how you can write a personal poem and address universal human concerns at the same time. 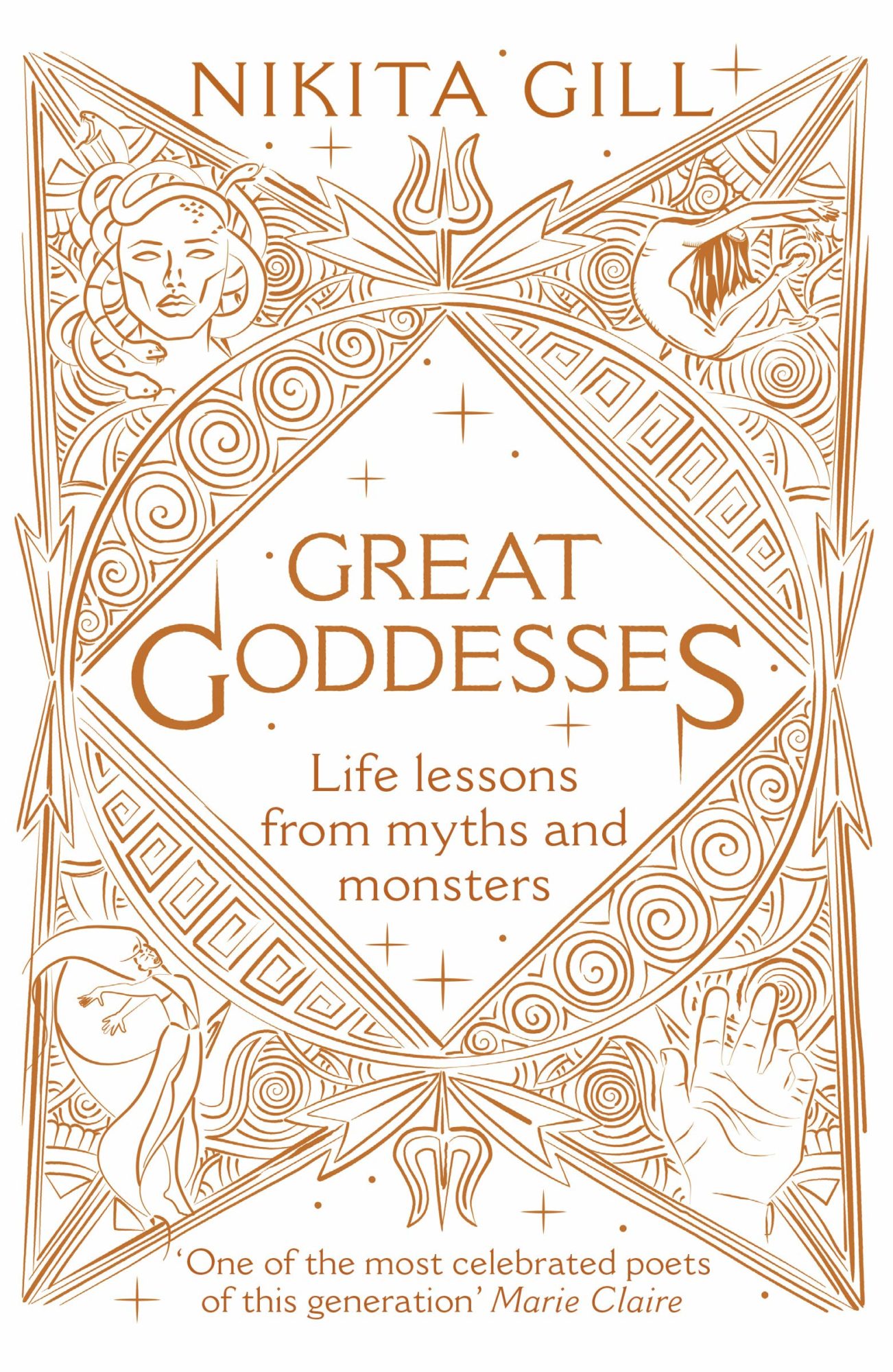 If writing to real people doesn’t tickle your fancy, you can always write from the perspective of, or to, a fictional or mythical character. Though not quite an epistolary poem, an interesting example is Nikita Gill’s ‘Persephone to Hades’. Here, the speaker is the Greek goddess Persephone, who was compelled to spend half the year in the Underworld married to Hades. But she subverts the way her tale is typically told, thanking Hades for giving her a throne, and for his love. You could even merge two different fictional worlds through one character writing a letter to another.

Here are some more prompts to get you thinking:

Write a letter poem(s) to someone or something. This can be interpreted however you wish, and doesn’t even have to explicitly address ‘Dear…’ who or what you’re writing to. Write in the form of a letter, email, note, postcard, text or DM – the choice is yours! I can’t wait to read your poems and hear all about the subject of your letters – whether it be an inanimate thing, a fictional person or anything your imagination takes you to. Happy writing!

This challenge is for writers aged up to 25 based anywhere in the world. The deadline is midnight BST, Sunday 19 September 2021. You can send a poem written down, or a recording as a video or as an audio file. If you are sending a written version of your poem, please type it into the body of your email. If you are sending a video or audio file, please attach it to the email (making sure it’s no bigger than 4MB or it won’t come through) or send us a link to where we can see/hear it.

Send your poem(s) to [email protected] with your name, date of birth/age, gender, the county (or, if you’re not from the UK, the country) you live in, and where you found out about this challenge (e.g. Twitter, YPN email etc.). In the email subject line please write ‘August challenge #4 2021’. If you are aged 12 or younger on Sunday 19 September 2021, you will need to ask a parent/guardian to complete this permission form; otherwise, unfortunately we cannot consider your entry due to data protection laws. 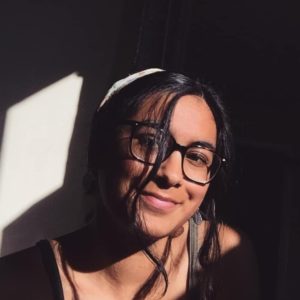 Anisha Minocha is an eighteen year old Mancunian poet who was commended in the Foyle Young Poets of the Year Award 2020. As a climate crisis activist, she performed her poem at the Royal Exchange and is also a regular contributor to the Northern magazine ‘Sink’, posting her creative pieces on her blog ajmwritesonline.wordpress.com. She’ll be studying English, Spanish and Philosophy at University.

13 thoughts on “August Challenge #4: Write to Me – Epistolary Poems”