Young poet Hannah Hodgson talks to us about the life experiences that motivate her writing.

When I think about all the things which influence me to write a poem, personal experience leaps out as a major factor. This may be because I am newly disabled and chronically ill. I can no longer eat or drink and I am a wheelchair user. I have experienced many traumatic events over the last few years, and poetry has been an amazing way for me to begin processing these life changes. I write about disability and the realities of becoming seriously unwell because I want others to get a sense of what I am going through. I want them to think as they are building new shops – could a wheelchair get in here? Should we include a ramp? I want people to stop staring at the tube on my face and notice how long I’ve spent on my amazing eyeliner instead. I want disabled people to have to stop fighting to use public transport because empty buggies are taking up the space. I write in the hope of inclusion. Below is a poem I wrote about an average trip in to town for me as a wheelchair user.

It starts at the cinema
lift broken
notice peeling into a frown.

Continues, as I reach
a single step –
an impassable wall of three inches.

Then, I go on cobbles
hundreds
of tiny speed bumps.

In a shop, isles small
I become a road sweeper
collecting product.

It’s the fixed chip and pin machines.
It’s the curbs like hems that don’t match.
It’s the toddler’s buggies, a bouncer on the bus.

Access, rarely thought about
unless you need it –
then it’s something you think about.

Many poets draw on their own personal experiences when it comes to their writing. In her book ‘Nobody Told Me’, Hollie McNish writes about pregnancy and becoming a new mother. She explores the bodily and emotional changes in pregnancy and the negative attitudes to breastfeeding in public. Hollie’s poetry made all of these issues flash like news bulletins in my head, things I hadn’t even considered before. I have never been pregnant, but reading her poetry made the situation relatable and memorable. Another of my favourite poets, Christopher Reid, wrote a collection called ‘The Scattering’ about the illness and death of his wife. I have never even had a long term partner – but something in the way he wrote made my heart break for him. Especially as he detailed her final days, his happy memories, and his wife’s belongings, untouched, in their once shared home.

Part of my condition is that I can get quite confused when trying to explain something – I call this feeling “knotty”. I have to sit and untangle my thoughts sometimes, a bit like headphone wires, and work out how I truly feel about something. My way of doing this has been keeping a diary. In this diary I write about my day – but if anything feels “knotty” I take the time to untangle it, usually through crafting a poem. When I have a finished poem, I have a finished idea or thought. I know exactly where I stand with something, and can eloquently show my feelings to others. For me, poetry is a way of showing that confusion doesn’t mean I don’t have well thought out and considered opinions. People can truly understand exactly what I feel my issues are. 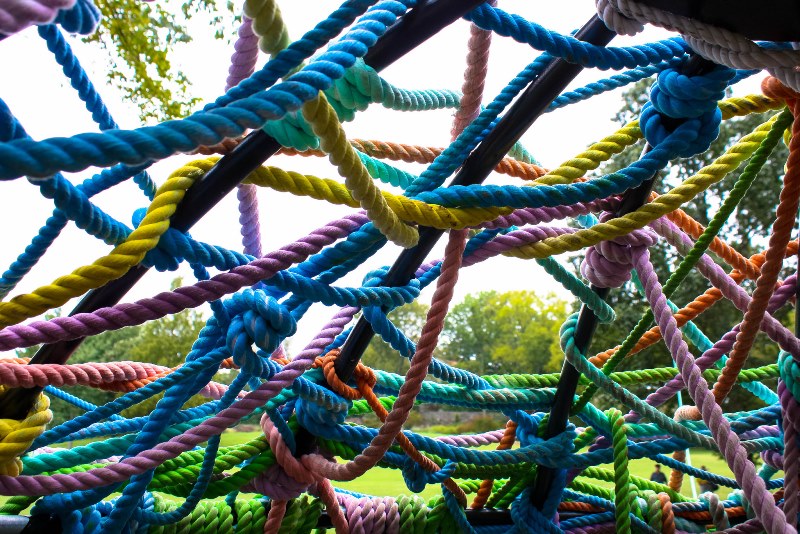 Initially, I wrote the poem below because people ask me what I dream about quite a lot. I think they expect me to say that I jumped head first into a huge ice cream sundae, or ate a pizza. However, in the same way that most people dream, I dream about something that has happened to me during the day, or something unexplainable and totally random. In my dreams I can’t eat. I still have to set up my feed pump and do medication and therapy. That is my life.

Even in dreams
I know I can’t eat.
Asleep, I say something discreet
try not to offend
my imagination.

convinced
of a wrong order.
I wish I could pick
a cure off the menu
now I know there isn’t one
even in my dreams.

In the poem above I also highlight the issue that I face when meeting up with friends in town. There is nowhere that I am aware of that we can go and socialise except for cafés. When in there, the issue of feeding tubes is so unknown that I spend my time explaining and feeling self-conscious instead of feeling like a normal teenager. I have a little card that I keep in my purse, which explains that I am tube fed. However, café staff look very confused as I present it – just as I would have done if I wasn’t in my current situation. The issue of feeding tubes in under recognised, and if I can get someone to read my poem and take information away with them it may mean another ‘tubie’ (as we call each other on social networks) will feel more comfortable about going out.

It is important that people’s ideas and emotions are captured on the page for others to see. Not just because they want to effect immediate change, but to highlight progress (or lack of it) for the future. If the world is not more accessible in the future, I hope people look back at the work of disabled writers and highlight this as a deep-rooted problem. Politically, it is important that we have writers putting both sides across, highlighting that while so many agree with policy changes both here and overseas, there are so many that disagree. That is something the history books may gloss over, possibly will not look at. Opinions and emotion are just as valid as names and dates. What the people think, and what poets write, is a marker of that era, a post-it note for future generations to consult.

Poetry is also a concise way of sometimes bluntly pointing out the flaws in society that others can’t see. Before I became unwell, I barely knew that feeding tubes existed. I saw them on Cancer Research adverts on the faces of sick children, but didn’t know what they did. It’s like everyone walks along the same pavement, but only a few can see the cracks  – and this obviously applies to other kinds of discrimination.  I can see different cracks to people who are victims of homophobia or racism, for example.

Poetry has been an amazing thing for me while I have been ill. It has allowed me to take the time to process things, write them out into ideas that others can understand – and by doing this, I find, you can process the life event yourself, and get to the root of your true opinions. Poetry is important for the people who feel they cannot be heard above the noise of the world. 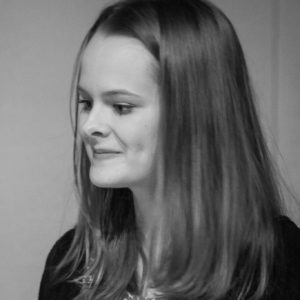 Hannah Hodgson is a young Cumbria-based poet living with disability. She aims to give people insight in to some of the issues that disabled/ chronically ill people face. She belongs to Dove Cottage Young Poets, Brewery Poets, and also runs a poetry club at school. She has won and been commended in several Young Poets Network challenges, was Poet in Residence at the Lakes Alive Festival, and Young Poet in Residence at the Kendal Poetry Festival 2016.

2 thoughts on “Poetry and Personal Experience”