Maybe I’m biased, but I think poetry is the perfect medium to explore, understand and celebrate queerness. Eve Kosofsky Sedgwick said the word ‘queer’ could refer to ‘the open mesh of possibilities, gaps, overlaps, dissonances and resonances, lapses and excesses of meaning’ of identity and expression. Poetry also thrives in nuance, relies as much on what we don’t say as what we do, and confronts these complex, intangible realities queer people know so well. That’s why I think it’s really unfortunate it takes many of us so long to find poetry that speaks back to us.

Although I’m reluctant to admit it, I didn’t start reading poetry regularly until after I was a Foyle Young Poet in 2019. I enjoyed what I’d studied in school and occasionally dipped into the copy of The Nation’s Favourite Poems on my mum’s bookshelf, but it was never really my ‘thing’. I had a very specific idea in mind of the kind of background and characteristics that made someone entitled to write poetry – rich, white, cis, straight, and often dead. I’m not suggesting that all writing has to directly represent the reader, but I think it’s a good place to start, and I came across very little that spoke to me in my English Literature classes. It was only after I started writing that I began to engage properly with other people’s work.

As a white person, I have had the privilege of always seeing an abundance of people who look like me in the media. As a working class queer person, however, the specifics of my experience have been less well represented, especially within literature. It’s not so much that it’s impossible or even difficult to find queer writers in the canon: we all know about Shakespeare and Wilde and Woolf and Auden and Whitman, but the problem is, when I was at school, we just didn’t discuss it. These writers’ queerness was always up for debate and could be read out of their work at will. It was a neatly compartmentalised segment of their lives, occasionally brought up as context in essay analysis, but otherwise ignored. That’s just not how queerness manifests in most people’s lives. For me, it’s a constant undercurrent to my existence. My worldview is deeply informed by my queerness. It’s an important, central part of who I am, and it’s present in my poems that aren’t directly about my sexuality or gender. When we act as though poets’ identities aren’t relevant to their work, we’re not telling the whole truth.

Representation matters – it gives us an idea of what’s possible. Seeing the survival and the success of people with whom we share identities and experiences tells us that we also deserve those things. I studied Carol Ann Duffy’s ‘Valentine’ and didn’t learn about her sexuality until much later. Knowing that she loves women doesn’t change the content of her work, but it did change my reading of it, and I can only imagine what an impact it would have had on my younger self to see that on the page, and to feel seen by it. In the same vein, I’ve identified as non-binary and used they/them pronouns since I was twelve, and the first time I saw a poet’s biography using them was lifechanging. It was in Jay Bernard’s fantastic book Surge. As silly as it sounds now, it had just never occurred to me that somebody could be non-binary and be a poet, and both of those identities could coexist. 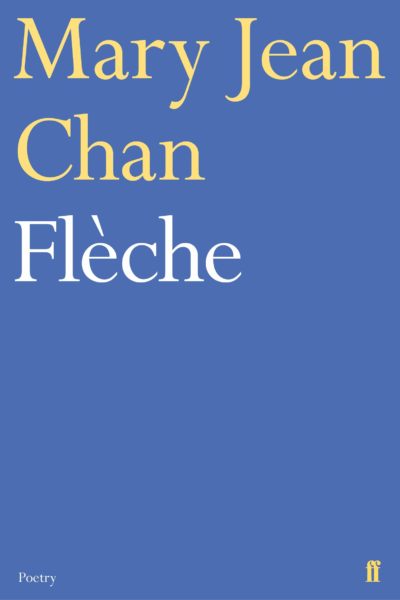 The first poetry collection I really, truly fell in love with was Flèche by Mary Jean Chan (my copy was actually in my prize bag when I was a Foyle Young Poet 2019, so thank you, Poetry Society!). Flèche was exactly what I needed as I started moving through the world as a queer young adult. It felt like such a significant cultural moment within my little queer, nerdy poetry friendship group. We all carried these battered, beloved copies around with us for months. In mine, every other page is dogeared, highlighted and underlined. Poems about radical queer visibility are so important, but Flèche delved into the private complexities that come with being queer, when you don’t get the magical, embracing and accepting public coming out that some narratives are comfortable with. Queer lives are complex – balancing our families, our partners, our cultures, our mental health is just part of the deal. Mary Jean Chan did not shy away from these things in Flèche, and it showed me that it was possible to survive in these margins.

I’m thinking particularly about the poem ‘Names’, in which Chan perfectly captures the feeling of telling half-truths about partners to parents – a very relatable experience for many queer people. The speaker describes ‘keeping your name sheltered from my / mother’s ears’. Taking responsibility for other people’s discomfort and carefully navigating complicated family dynamics are experiences not often included in pop cultural queer narratives. They are simultaneously not ‘dramatic’ enough for tragedies, not joyful enough for positive stories, and do not fit neatly into either an assimilation or liberation frame. The poem challenges the false dichotomy of being ‘out’ or ‘in’ the closet: the speaker says ‘she treats me very well, / as in, you love me’, illustrating the selective language we employ to control our perception. As Chan writes elsewhere, ‘being queer was ultimately / a nurturing of vigilance’. These poems feel very honest, honouring and acknowledging the complexities of queer reality. 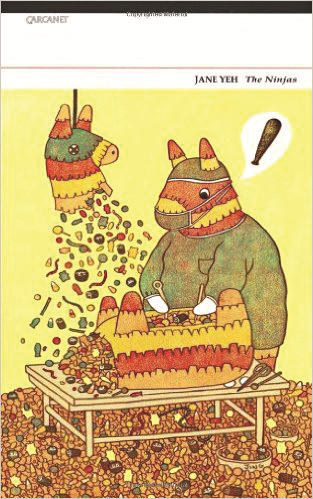 Queer readers learn to read between the lines for subtle signs of queerness. Returning to Sedgwick, she wrote that many queer people grow up with ‘the ability to attach intently to a few cultural objects … whose meanings seemed mysterious, excessive, or oblique’. Learning to find queerness where none is obvious is, according to Sedgwick, ‘a prime resource for survival’, born out of the lack of visible representation. On the Faber Poetry Podcast, Richard Scott discussed a trans reading of Jane Yeh’s poem ‘On Being an Android’. The speaker says: ‘Being human means the whole world is made for you like a cake. / Being an android means you get some cake, but you can’t eat it.’ In this lonely robot’s pragmatic disconnection from their body and isolation from others, I see my own experience of dysphoria and social withdrawal. Does it matter that this was not Yeh’s intention or understanding of her own work? I don’t think that it does. No reader could relate to the literal content of being a robot in human society. A specific trans reading is not so different from a reading of general loneliness, yet it’s incredibly meaningful to trans readers to relate to the text.

When work is explicitly queer, it’s often cordoned off into its own rainbow-covered section of the bookshop, or genre of literary criticism. Shakespeare’s sonnets to the fair youth are considered distinct from the rest. In romantic poetry, where the desire is explicitly heterosexual, it’s a love poem. When it’s ambiguous, it’s a love poem. When it’s directly queer, it’s a gay love poem. What makes our love, our identities and our lives so different that they’re separated into their own category? In my opinion, it’s all related to power. Historically (and currently in 72 countries), queerness was criminalised because cis heterosexual people had the power and influence to make it so. Our marginalisation is a result of that power imbalance, which devalues our loves and our lives. Poetry alone will not lead us to political and social liberation, but the worlds we can inhabit and the communities we can find through poetry are incredibly empowering.

As well as those I’ve already mentioned, I’m also a big fan of Caroline Bird, Fatimah Asghar, Mary Oliver, Danez Smith, Ocean Vuong, Pat Parker, Paige Lewis, and Kaveh Akhbar. I’d also like to specifically recommend ‘Camille I Adore’ by Lydia Wei, and although I am a little biased by our friendship, I think it’s one of the best poems ever written. There is still huge room for improvement, but queer poets are much easier to find than they once were. I’m delighted by efforts to improve the representation of LGBTQ+ poets in the GCSE English Literature curriculum, and I hope one day young aspiring poets never feel held back by their queerness, but see it only as a source of pride, perspective and joy.

Libby Russell is a queer poet and social anthropology student.