‘View of a Pig’ is one of the great poem titles, suggests Matthew Sweeney, who explains how a good title makes all the difference. 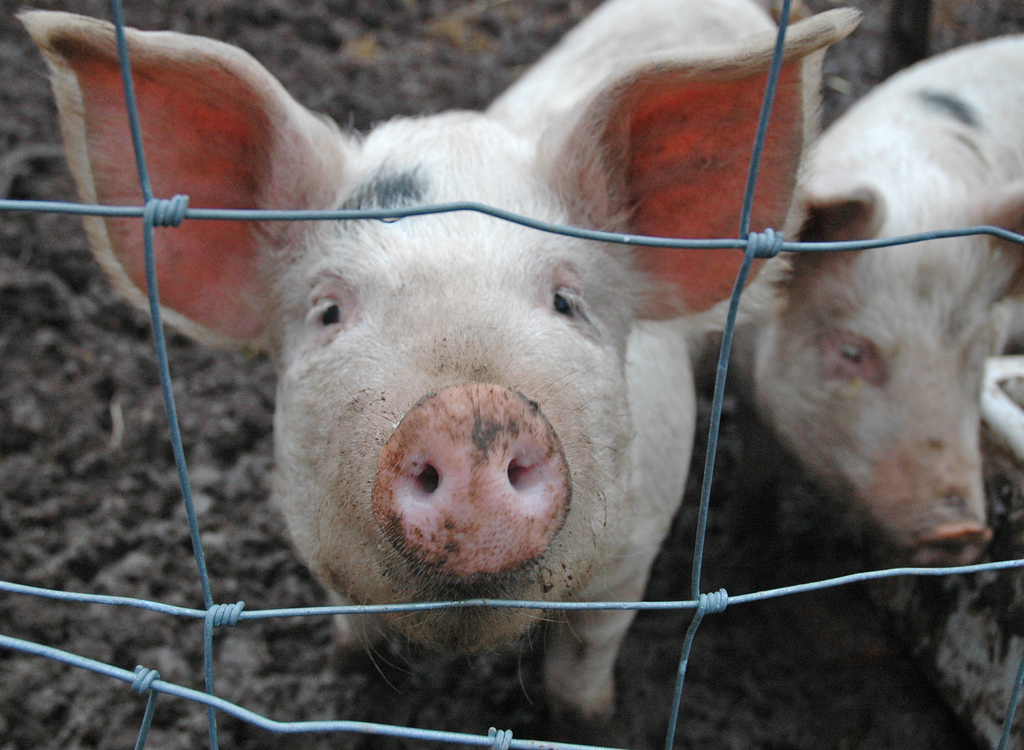 I once completed a poem and couldn’t think of a title for it. That was a long time ago and I’ve made sure it hasn’t happened since (these days I even put titles on the haiku I write!) The reason for this is I feel a title is very important – it’s a useful handle on a poem, a way in, sometimes even a beckoning.

You’ll have noticed names appearing in some of those titles, Names go well in titles. One of John Betjeman’s best known poems is called ‘The Arrest of Oscar Wilde at the Cadogan Hotel’. W.S. Graham has a poem (and a book – often the best poem titles contribute titles for books) called ‘Malcolm Mooney’s Land’, Wallace Stevens has a poem winningly titled ‘The Bed of Old John Zellar’, and Edward Lear’s ‘Calico Pie’. And the last two rides I’ll mention in this category are ones where the names in the titles give more than a clue as to how the poems should be read Walter de la Mare’s ‘John Mouldy’, and Charles Causley’s ‘Tom Bone’.

And just to show poem titles needn’t always be short, I’ll give as my last example one of my favourites – James Wright’s inimitably titled ‘Depressed by a Book of Bad Poetry, I Walk Toward an Unused Pasture and Invite the Insects to Join Me.’ It’s all there but it isn’t. Matthew Sweeney was born in Donegal and lived in Cork, Berlin, Timişoara and, for a long time, London. His books include The Night Post – A New Selection (Salt, 2010); and Black Moon, (2007), Sanctuary (2004) and Selected Poems (2002), all published by Cape. Sweeney also wrote poetry collections for children, including Up on the Roof – New and Selected Poems, published by Faber. Bilingual poetry selections came out in Germany and Holland in 2008, and ones are in preparation in Poland and Romania. He was shortlisted for the T.S. Eliot Prize, the Forward Prize, and has received a Cholmondeley Award and an Arts Council Writers’ Award. Sweeney also co-edited several poetry anthologies and co-authored, Writing Poetry (Hodder), with John Hartley Williams.

Do you find writing tiltes difficult? Does the title come first when you write a poem, or do you write the poem and then add the title at the re-drafting stage? Do you have a favourite poem title?