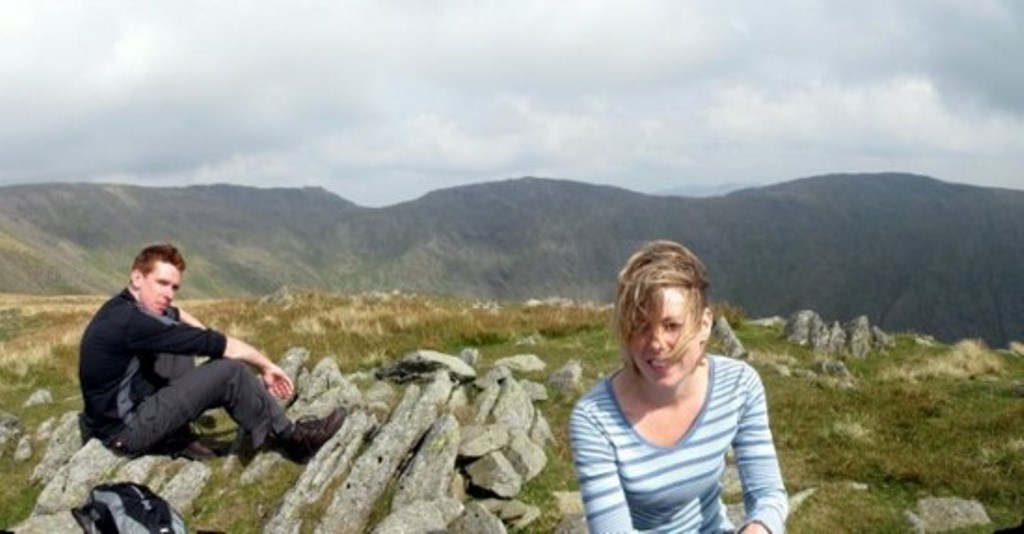 If someone were to burgle my house in Grasmere, they could take my mobile phone. They could take my CD collection, if they could be bothered to carry it. They could even try to take my whippet, Bell: she’d howl so much they’d soon put her back again. But the one thing I’d die without is my notebook. A humble, A5 black book, probably worth less than the average cup of coffee, but full of irreplaceable (albeit often uninteresting) ideas. Somewhere to scribble down the peculiar thoughts that pop into my head on a daily – sometimes hourly – basis, safe in the knowledge that nobody will judge me for them; in fact, perhaps my morbid fear of having my notebooks taken has as much to do with the idea that someone might read them as anything else.

So what does this guarded volume contain? Guilty secrets? Semi-precious masterpieces? The answer, of course, is predictably mundane: a mixture of poems-in-progress (peppered with crossings-out and blank spaces where I’m waiting to find the right word), vague impressions and ideas (some more vague than others – I’m still not sure what ‘absolution near Doncaster’ means), interesting things I’ve seen or heard like poems by other writers and finally, what I call miscellaneous intrusions (‘phone Gran’, ‘toothpaste and Red Leicester’, ‘read War & Peace’).

Apart from the pressing matter of getting hold of some Colgate, the most important thing in my notebook is definitely the poems in draft. I tend to start poems in my head, while I’m out running or walking the dog, so you might think I could save on paper and dispense with a notebook altogether, but nothing beats being able to work something out on the page – it’s a bit like thinking aloud, with an audience that doesn’t assume you’re weird. I don’t like re-drafting my poems on a computer screen. To me, when a poem reaches the laptop, it’s more or less finished. There’s something about the physical process of writing that helps me clarify my thoughts.

I’m not fussy when it comes to choosing my notebook. Sometimes, it’s an A4 pad picked up from the corner shop. Sometimes it’s a hand-stitched, dainty book somebody nice has got me for Christmas (note to families: writers are easy to buy presents for). If I’m feeling flush, it might even be a Moleskine. I get through so many notebooks I’ve had chance to experiment with them all. As long as you feel comfortable scrawling all over your book without the pressure to be neat and presentable, and you can carry it round without the assistance of a long-suffering, staggering mate, I’m not sure it matters.

Working at The Wordsworth Trust in  Grasmere, with its remarkable collection of manuscripts, I’ve particularly enjoyed being able to see some of Dorothy Wordsworth’s original journals, where she (often painstakingly) recorded the events of each day.  My notebooks aren’t journal as such, though the poems I draft in them often form a loose record of places I’ve visited or things that     have happened – on a recent trip to Shetland,  I wrote a poem each day instead of keeping a diary. It’s liberating to think that there’s nothing too small to be noted or jotted down: you don’t have to be on your best behaviour when you’re keeping a journal. There’s something very intimate about looking at Dorothy’s handwriting, the way she ordered her thoughts, the things she crossed out or replaced: as someone who constantly scribbles and revises, I think of that as very much part of what it is to write. Her writing seems very beautiful to me, and whilst someone flicking through my notebooks could hardly feel that same sense of admiration, I’d like to celebrate the notebook in all its glorious, messy sprawl and encourage you to start your own. Helen Mort was born in Sheffield in 1985. She lives in Grasmere, where she is the current Poet in Residence at The Wordsworth Trust. She has published two pamphlets with tall-lighthouse press and written a live literature show, ‘A Pint for the Ghost’. Helen in a former recipient of the Foyle Young Poets of the Year Award.

Do you keep a notebook? Do you prefer to use individual sheets of paper, or do you write straight onto a computer or onto your phone? If you have a notebook what type do you use?