We talk to Helen Bowell and Jasmine Simms, two of the founders of the Dead [Women] Poets Society, about performance, patriarchy, and resurrecting voices from the past.


Hello Dead [Women] Poets Society! Thanks for talking to us. Could you tell us a little bit about how D[W]P first came into being?

Jasmine Simms: All four of us are graduates of The Writing Squad. In 2015, Cuckoo Young Writers reached out to us via the squad, to see if we would like to organise anything as part of Durham Book Festival in 2015 – the idea for Dead [Women] Poets Society was born.

However, our first ever gig ended up being a few weeks prior to that, as part of a collaboration with the Exquisite Corpse exhibition of feminist artwork, at Fuse Arts Space in Bradford. After the success of these two events – especially the Durham Book Festival event, which sold out in advance – we just knew we had to do something more with the idea.

You’ve hosted a few events now, including two at The Poetry Café in London. What was that like? And how did your audiences respond to the poets you chose to represent?

Helen Bowell: The people at The Poetry Café (both staff and audience members) have been lovely to us. Both times we performed there we packed the place out, and there was just a great atmosphere in the room of attentive and engaged listeners. It’s definitely been a great location for us.

At the first event, we read with Phoebe Stuckes and Camille Ralphs on Anne Sexton, Charlotte Mew, Dorothy Parker and Djuna Barnes, respectively. We got a really great response from the audience both when we were reading and when we chatted with them afterwards – and on Twitter! People were interested to find out about the more obscure poets and to get into the nitty gritty of the politics and style of those with whom they were more familiar. Sarah even played a Sexton song on her guitar, which everyone loved. 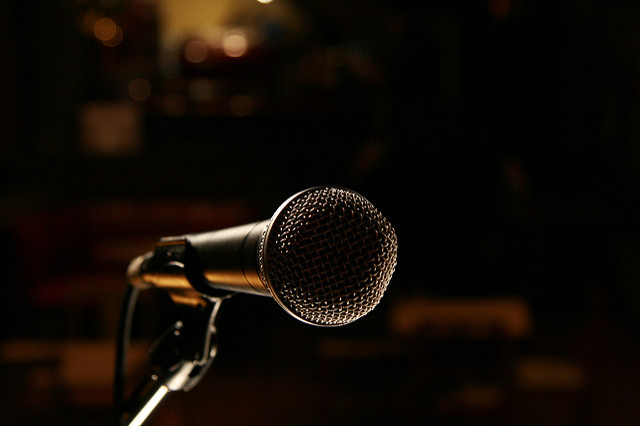 Your next event is going to be held in Sheffield. Do you think there’s a risk that poetry events get restricted just to certain places; that there’s not an equality of access for poetry opportunities in all parts of the UK?

JS: It does seem that the arts are better represented in some parts of the UK than in others, at least in terms of funding. I think it holds true that many of the best funded opportunities for poets and poetry enthusiasts, remain in London.

That is why, whilst we certainly want to continue holding events in London, and be a part of the networking that goes on there, we are also making a conscious effort to hold events in different locations around the UK. We also try to keep our events as cheap as possible – we want to be a part of the effort to make poetry more accessible.

We absolutely love Lily Arnold’s Dead [Women] Poets illustrations – they give the society a very distinct identity! How did you first come up with the idea of having these images? How long does it take Lily to draw each one?

JS: Lily is a close friend of mine, and I’ve always loved her illustrations. As soon we decided on the theme for the first event, I knew that I wanted her to design the poster. The portraits she drew just felt so right, somehow, that we decided to make them a permanent part of the ritual.

Lily Arnold: The logo was inspired by a séance. That is, the image of all the hands spread around a circular table, trying to make contact with the dead. I felt like this is a little bit what DWPS events are like, strengthening connections between women both dead and alive.

The little portraits – I guess they’re a bit like the pictures in those Victorian lockets, which I really like. Sometimes they might only take me 15 minutes to draw, sometimes over an hour. It depends how well my hands are working.

If you had to pick one woman poet to bring back to life for one hour, who would it be, and why?

HB: Ooh, good question. I don’t know! I think in the name of feminist revivalism I’d pick someone from medieval or classical times. The first person who comes to mind is Sappho, but I don’t know if we actually want to fill all those gaps in her poetry. Maybe a woman who has been completely forgotten by history, whose name we don’t even have anymore… if I’m allowed to give such an evasive answer.

JS: Without a doubt, I would bring back my favourite poet of all time: Stevie Smith. Of all the women poets I might bring back just for an hour, I’m convinced Smith would be the most fun. Whilst many of the women poets I love and admire, such as Plath or Tsvetaeva, lived lives filled with trauma that bled brazenly into their writing, Smith lived the life of a middle class English woman, and the pain in her poetry is more repressed; more ironic. I somehow imagine that, if there were anyone who could endure being resurrected, interrogated by a strange person in an unfamiliar place and time, only to be pushed back into the grave an hour later, and take it all with good humour and grace, Stevie Smith is that woman.

In poetry, it can sometimes feel like there’s a lot of urgency to find the next new talent, to always be creating new work and responding to contemporary issues. Why do you think it’s important to also be looking back into the past, and to resurrect lost voices?

HB: It definitely is important to pay attention to the abundant talent we have around nowadays – especially to try to make sense of the shocks of recent times. But writers don’t write in a vacuum, and it’s important to read back into tradition, and not forget our female poetry predecessors, and the advice they can offer us. We shouldn’t just forget the truths written by the poets of the past about how we relate to one another as individuals and across society.

Do you think that the male voice still dominates in the literary world? Which challenges do you think are still left to tackle in this respect?

HB: With poets like Vahni Capildeo, Claudia Rankine and Sarah Howe winning some of the biggest poetry prizes around today, it would look like the field is levelling out. The Penguin Modern Poets 1 collection that came out this year only included women (Emily Berry, Anne Carson and Sophie Collins). But as Nicholas Lezard said in his Guardian review of the collection: “Good. By my calculations, to reach gender parity, Penguin would have to put only one male poet in the next 27 volumes. (Obviously that’s not going to happen: the next book in the series, featuring Michael Robbins, Patricia Lockwood and Timothy Thornton, will be published at the end of October.)” We’re making progress, but we’ve still got a long way to go, and a lot of catching up to do. We just have to keep thinking about diversity, in every event, every collection, every prize, every newspaper article – because diversity makes all those things a lot more interesting.

JS: One of the things I was hoping to discover at the outset of this project is to what extent we can identify a ‘female poetry canon’. The idea of a literary canon refers I think in part to a chain of influences; of poets influencing each other. But in the ‘traditional’ poetry canon, the female voices typically included are so scarce, they barely seem to relate to each other. I remember flipping through an English poetry anthology once when I was 14 and noticing that after Emily Dickinson, the next female poet included was Stevie Smith! It seems to me that our so-called ‘female poetry canon’ has always been comprised mostly of absences.

Perhaps the male voice continues to dominate in many parts of the literary world. But my feeling is that for living female poets, writing in English, this exclusion from the canon is no longer the case. For those of us writing now, our influences upon each other have never been clearer or more powerful. The purpose of the Dead [Women] Poets Society, as I interpret it, is really to celebrate this fact. And in doing so, to resurrect part of that missing chain of historical influences – of women poets (dead or alive) influencing women poets. 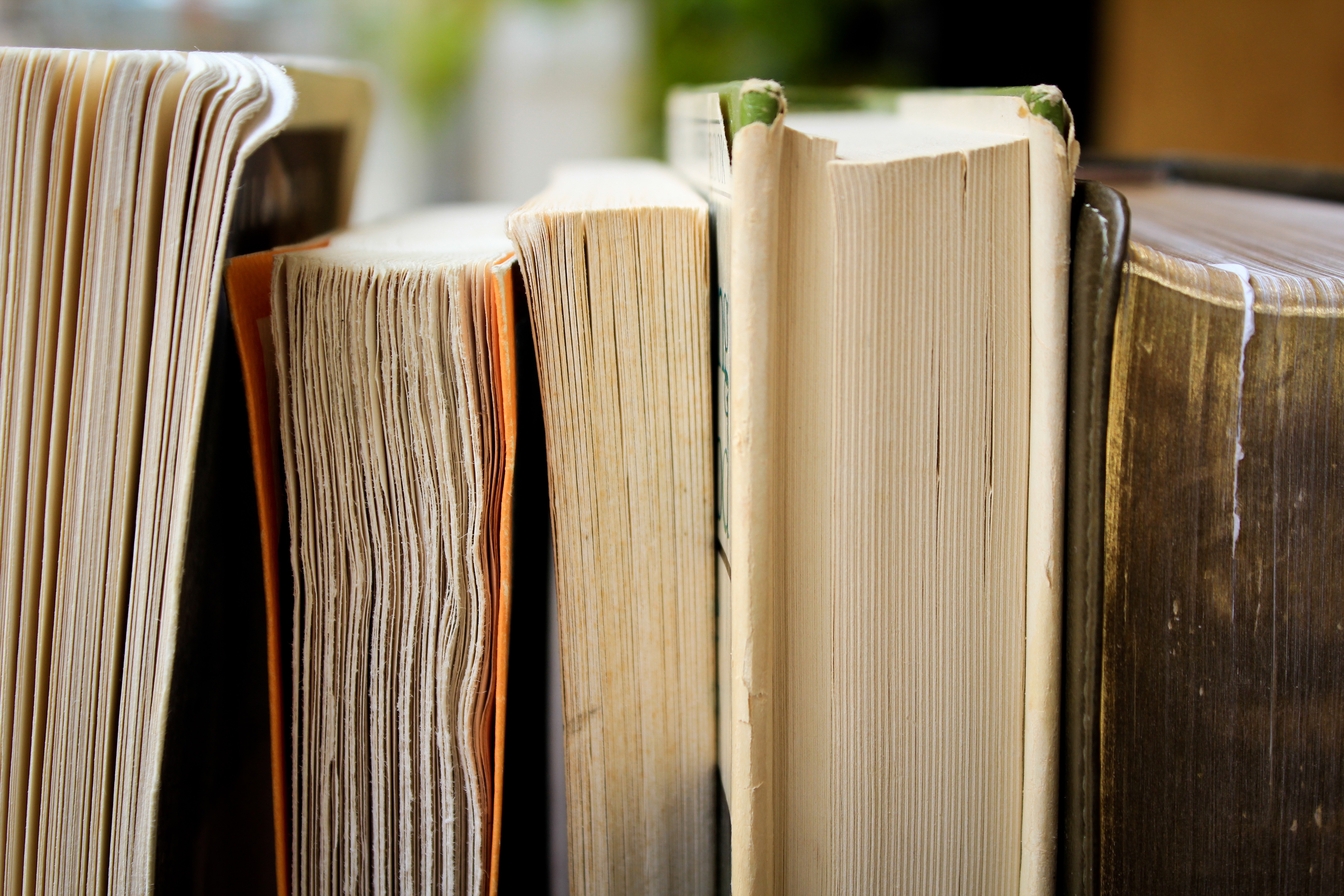 For anyone interested in setting up a poetry group, or in hosting a live event, what would be your three top tips?

JS: If it’s a live event, work out who your audience is, and how you’re going to reach out to them. If it’s a group, just choose a regular time and place to meet. Having to decide a time and place every time can be more hassle than it’s worth in terms of flexibility – especially when there are lots of you.

Remember, you don’t have to go it alone. Collaborations are great! At D[W]PS we’re always collaborating with people/groups. We find it helps us to reach new audiences, and sometimes helps us sort out potentially problematic organisational aspects, such as venue or equipment.

HB: Social media is your friend. Sarah Fletcher has been a Twitter whizz for us, and it’s really made a difference in terms of how many people have heard of us and the number of invitations we get to work with other groups. Repeat your social media message, on many platforms, many times, and with interesting content – poem extracts, interviews, photos, fun facts.

As for hosting a live event, my other tips would be: make the space look and feel comfortable. Don’t be too serious. And, above all (of course), organise interesting events with good speakers.

What are your plans for the future of Dead [Women] Poets?

HB: Lad(ie)z on tour! We’re hoping to take the show on the road throughout the UK, working with as many interesting guest poets and diverse voices as we can find. The future for women poets of the past is bright.

JS: We’re also looking at the possibility of doing some themed events. One of these is likely to be a specifically Plath-themed event, as part of the upcoming tour. We’re also keen on the idea of doing a fundraising event featuring refugee poets.

We’re very keen on collaborations! If anyone has any ideas, either as individuals or on behalf of their organisation, please feel free to send them to us at deadwomenpoets@gmail.com. We’d love to hear from you!

Helen, Jasmine, Katie and Sarah have all previously won or been commended in the Foyle Young Poets of the Year Award. You can find out more about the Dead [Women] Poets Society and their upcoming events by visiting their website.