Today we’re asking: how can you get into academia? How do you become a poetry critic? How do you balance writing poetry and writing about poetry (and is there such a thing as too much poetry)? We’re speaking to Sandeep Parmar who lectures at the University of Liverpool and co-founded the Ledbury Poetry Critics programme, and Vidyan Ravinthiran who teaches at Harvard University and is now a co-organiser of the same critics programme. 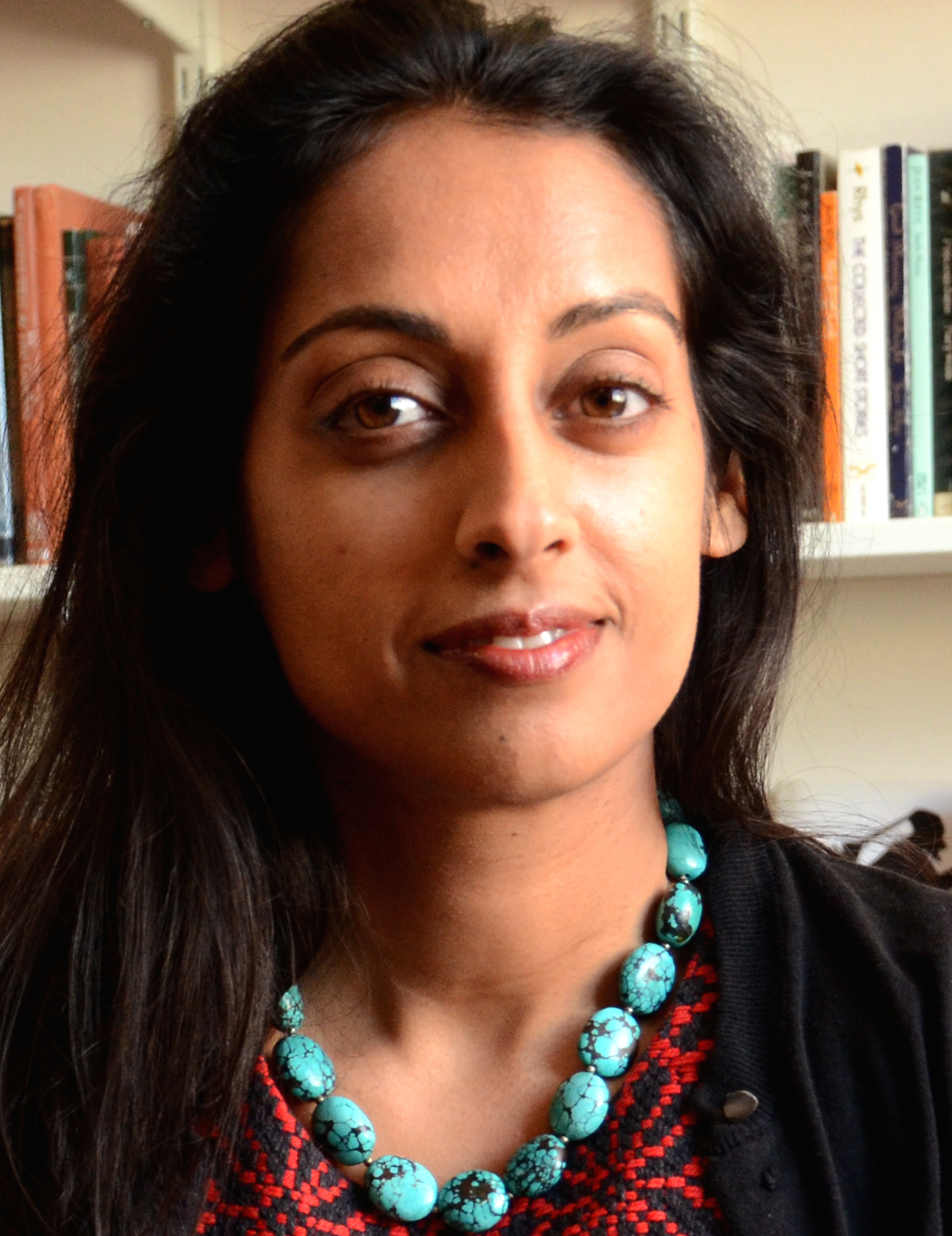 Name and job titles: I’m Sandeep Parmar and I’m Professor of English Literature at the University of Liverpool at the moment… but also a poet, poetry reviewer, critic and editor on occasion. At Liverpool I co-direct the Centre for New and International Writing which hosts international writers and in 2017 I co-founded the Ledbury Poetry Critics programme with Sarah Howe.

Length of time working in the arts: As a poet (sans job title!), editor and critic I’ve been knocking around for about twenty years. My first university teaching role was in 1999 as a teaching assistant for a class on African American literature at Santa Monica City College. I was only an undergrad and it was so cool.

Could you tell us a bit about your current roles? My primary responsibilities are to teach undergraduates and postgraduates English literature from about 1890 to the present. There’s a lot else associated with University jobs that is rather dull and doesn’t bear mentioning. But teaching is fantastic – discussing books and ideas with agile and brilliant minds. With Ledbury Critics and as a writer, I tend to be aware of and puzzle over questions to do with race and poetry wherever I see something either in a poet’s work or even the market for literature generally. Sometimes I write things about this.

How did you get into these roles? No one in my family works in the arts – it’s a good question to ponder further. Access to culture is so dependent often on exposure from your parents or close relatives. On the contrary, my family discouraged me from pursuing the arts – I was supposed to be a doctor and they’ve just about accepted that this will never happen! I started off studying Biochemistry at University but switched halfway through to English… so what I’d say is be sure you’re pursuing the path that is your own and not pre-ordained for whatever reason. It’s hard to live out someone else’s dream. Critical thinking combined with a bit of righteousness is really the transferable skill that’s been most useful.

What advice would you give to young people getting into arts careers? I’ll stick to how to become a critic or poetry reviewer here: start off small and with the work that speaks to you. Develop your passion alongside your taste and read things you absolutely loathe to work out why they’re not for you (and may appeal to others). A critic has to be able to see beyond what they like, of course, but they are also inevitably tied to it by what drives those resonances which are always subjective. What we need are more engaged readers from a variety of life experiences. We’ve probably heard a fair share of what middle aged, middle class white men think about literature but there’s always room for them, too, as long as they make room for others.

Is there anything you wish your younger self had known about working in the arts? I wish I’d never questioned my right to belong in rarefied spaces. Things are improving in terms of inclusion and diversity – but actually I wish I’d had the fire as a young person to question why even working within the power structures of institutions (and what they allow) was worth it. I suppose what I’m saying here is: decolonise, dismantle and redistribute until the arts is for everyone. 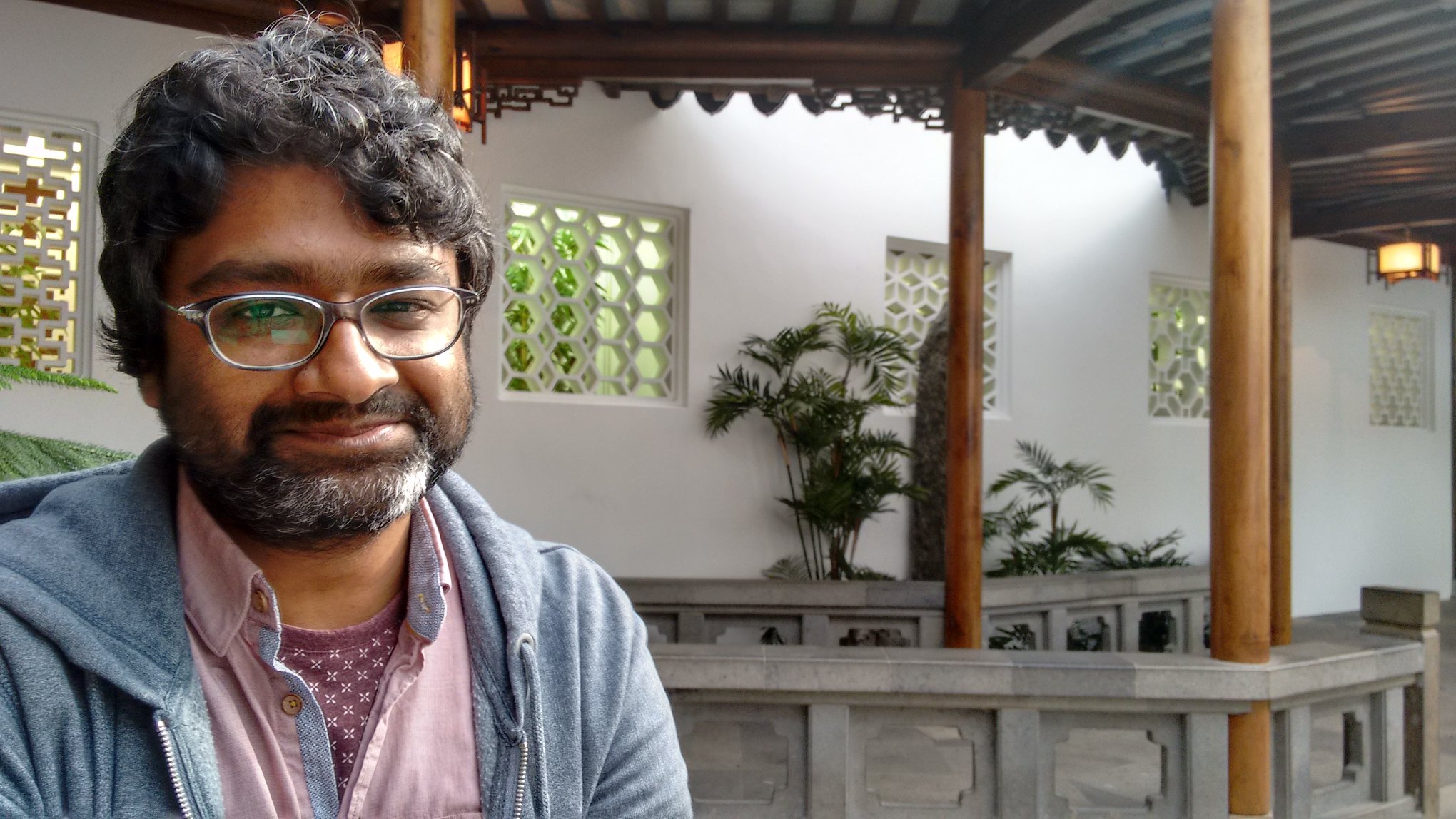 Could you tell us a bit about your current role? I write poems, and have published two books of verse, but I also write about poetry. I do this in two different ways. First, I’m a reviewer of books for magazines, and a co-organiser of Ledbury Emerging Critics, a scheme that aims to get more reviewers of colour into magazines and newspapers. Second, I’m an academic who publishes longer articles and monographs on poetry (and prose) in peer-reviewed journals. Peer-review means that you send your work off, and it is anonymously evaluated by (usually) two academics in your field. If they like it, it gets published!

At Harvard I teach classes on poetry: I have one course on the Romantic poet John Keats and another on Elizabeth Bishop, about whom I wrote a book. I like to speak with my students rather than at them—I prefer seminars, which are like conversations, to lectures—and my favourite way of teaching is to read a poem out loud and then ask students for their first responses. Then we go from there.

Some people worry that teaching poetry will stop them enjoying poetry, and wanting to write poetry. Actually, for me, the two things go together. I find time to write my own poems when I’m not teaching. Ideas flow from one zone into another, and back again.

How did you get into this job? My parents were Sri Lankan Tamil immigrants to England: they moved partly because of the civil war in their homeland and the prejudice there against Tamils, but also with the education of their children in mind. Both my sister and I studied at Oxford. Becoming an academic meant proceeding into graduate study: I won funding to pursue a Masters and then a PhD, which meant three years working on the project eventually published as my book on Elizabeth Bishop. This was something new in my family, none of whom work in the arts: my father went to university in Sri Lanka (he was a doctor) but my mother didn’t. What Tamils do have is a great respect for education, so my parents were very happy that I did several degrees!

What advice would you give to young people getting into arts careers? The best advice I could give about working in the arts is—to fully immerse yourself in the type of work that you yourself wish to create. So, if you’re a poet, read as much poetry as you can—as passionately and variously and exploratively as you can. It’s only by coming to terms with what others have created that you’ll find your own path. If I could speak to my younger self, the main thing I’d say is, seek out mentors, yes, and take advice: but don’t listen to absolutely everything you hear. I was repeatedly told that if I didn’t do certain things, if I didn’t behave in a certain way, if I didn’t market myself according to particular criteria, if I didn’t win particular prizes, then I’d never be able to publish a book of poems. None of these grim predictions came true.

I think it’s important to put positive messages like this out there, precisely because it is so hard to pursue and maintain a career in the arts. It’s vital to be humble but there are also those of us who—perhaps for reasons of race, or gender, or class—don’t have enough confidence in ourselves. We speak quietly because we’re worried no one’s listening. But when you take that risk, and you realise others can hear you, and respond, it’s a marvellous thing.

Keep your eyes peeled for more Young Poets Network features about careers in the arts – and let us know in the comments what you’d like to see next. Discover our previous features below…

Sandeep Parmar FRSL FRSA is Professor of English Literature at the University of Liverpool where she co-directs Liverpool’s Centre for New and International Writing. She holds a PhD from University College London and an MA in Creative Writing from the University of East Anglia. Her books include Reading Mina Loy’s Autobiographies: Myth of the Modern, an edition of the Collected Poems of Hope Mirrlees (Carcanet, 2011), and two books of her own poetry published by Shearsman: The Marble Orchard and Eidolon, winner of the Ledbury Forte Prize for Best Second Collection. She also edited the Selected Poems of Nancy Cunard (Carcanet, 2016). Her essays and reviews have appeared in the Guardian, The Los Angeles Review of Books, The New Statesman, the Financial Times and the Times Literary Supplement. She is a BBC New Generation Thinker and co-founder of the Ledbury Poetry Critics scheme for poetry critics of colour.

The child of Sri Lankan Tamil immigrants, Vidyan Ravinthiran grew up in a mixed area of Leeds (in the North of England), studied at Oxford and Cambridge, and is now an Associate Professor of English Literature at Harvard. He’s the author of two books of verse. Grun-tu-molani (Bloodaxe, 2014) was shortlisted for several first collection awards, with individual poems appearing in The Guardian, The Sunday Times and The Financial Times. The Million-Petalled Flower of Being Here (2019) won a Northern Writers Award, was a PBS Recommendation, and was shortlisted for the Forward and the T.S. Eliot Prizes. Vidyan’s first monograph, Elizabeth Bishop’s Prosaic (Bucknell UP, 2015) won both the University English Prize and the Warren-Brooks Award for Outstanding Literary Criticism. For several years an editor at Prac Crit, he has also served as a Poetry Book Society Selector, and helps organise Ledbury Emerging Critics, a UK/US scheme for increasing racial diversity in review-culture. His essays for Poetry won the Editor’s Prize for Reviewing, and he has published over forty shorter review pieces for The Times Literary Supplement, The Telegraph, and assorted poetry magazines.