How do you know when you’ve got enough poems for your first book? What order do you put them in? How do you submit a manuscript? Former Foyle Young Poet Phoebe Stuckes answers all these questions and more! 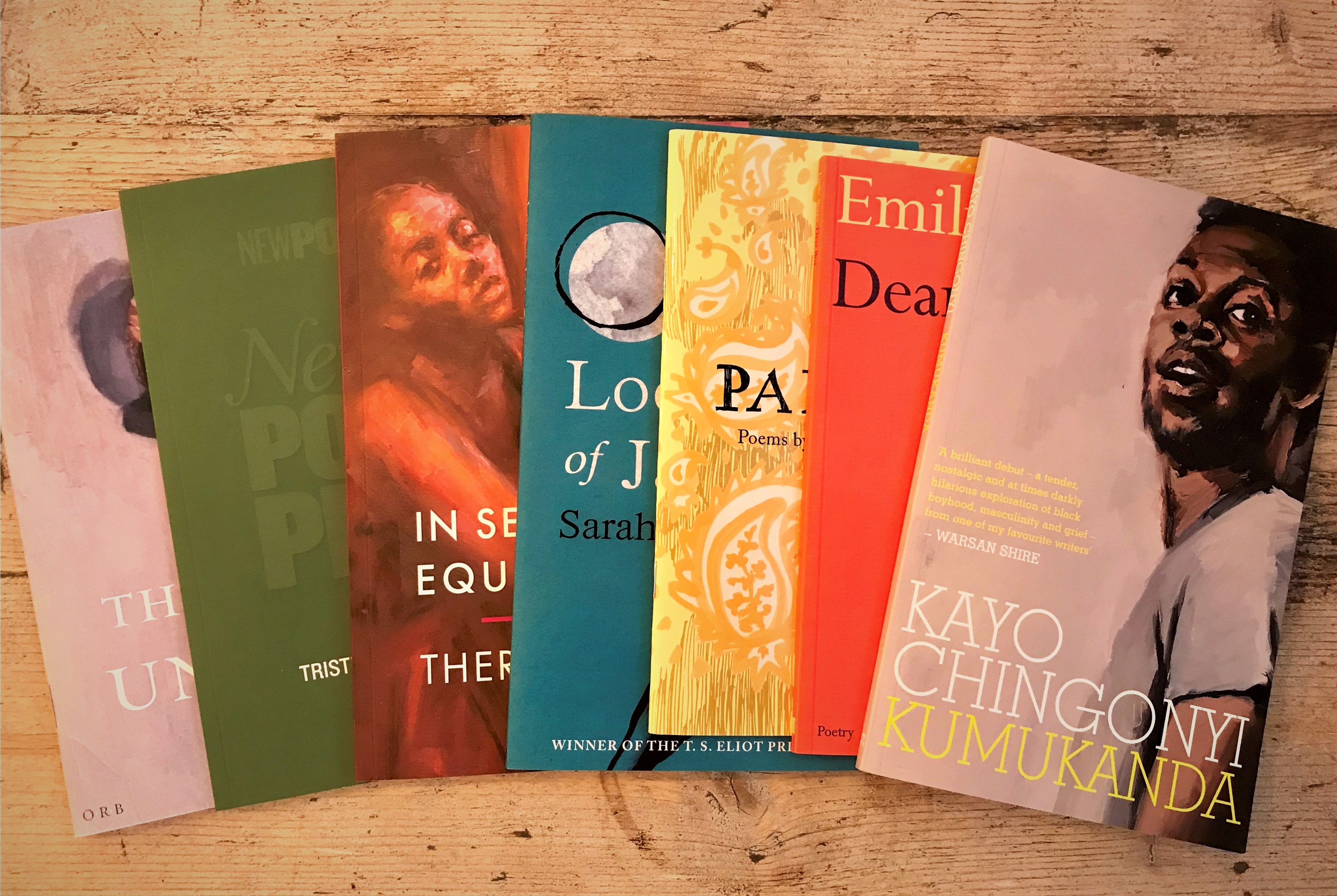 When you’ve been writing poetry for a while, you might start to think about putting together your first book. In the UK, poetry books are often classed in two ways: pamphlets and collections. Simply put, pamphlets are shorter than collections. They can also be more experimental or include illustrations, but not always. Former Foyle Young Poet Phoebe Stuckes published Gin & Tonic, her debut pamphlet, in 2017; and Platinum Blonde, her first full-length collection, is scheduled to be published by Bloodaxe in 2020. So we thought she’d be the perfect person to ask about how to put together your first book.

Before we dive in, remember – there’s no hurry to publish your first book, and you might never want to! Many poets prefer to share their poetry in different ways, such as performing, online or in magazines. Now, over to Phoebe…

How do I choose which poems to go into my pamphlet?

The way I see it, there are two main types of poetry pamphlets.

The first is an introductory work which you want to use to show the world what kind of poetry you’re writing at that moment. Examples include: A Hurry of English (Ignition Press, 2018) by Mary Jean Chan, Arcades (Sad Press, 2018) by Imogen Cassels and If I Talked Everything My Eyes Saw (Gatehouse Press, 2017) by Omikemi Natacha Bryan. In order to choose poems for this sort of work, my main advice is just to pick the poems you love – and ask your friends and relatives and therapists which poems they love.

When I was putting together my first pamphlet, Gin & Tonic, one of the concerns I had was that the book wouldn’t be cohesive, that the poems I’d written really didn’t have anything to do with each other. I asked Peter Sansom (my editor at The Poetry Business) about this and he wasn’t concerned in the slightest: whether or not I’d intended it, the poems were supposed to be together. The things we obsess over tend to form clusters in our work, but it’s also a good idea to take these ideas and run with them. What are you interested in? What are your themes? How can you expand on these further? Generally, pamphlets are anywhere between 15-25 poems and a collection averages around 50 poems. It’s worth thinking about what ideas you want to incorporate within these parameters.

How do I structure my book?

Once you have your poems and you love each and every one of your weird children, the next thing to consider is structure: how should your poems be organised?

I once heard the comedian Laura Davis say you should tell your second best joke at the start of your stand-up set and your best joke at the end. What does this have to do with poetry books? Maybe nothing. But I think what she means is that there should be a progression and that your most hard-hitting poems should be spaced away from each other. I try and mix up the poems I imagine yelling with the poems I imagine whispering.

It’s also a good idea to print out all your poems and try them out in a few different line-ups until you are happy with the order.

This advice goes for full-length collections, too. For my collection, Platinum Blonde, I set myself a target of 50 poems. I knew the book was completed when I had edited 50 of my poems (more or less) to my satisfaction. I also felt like I’d taken the themes of the book to their fullest potential: I’d moved into a different space psychologically and I felt I had said everything I wanted to say on those subjects.

How do I choose a publisher? 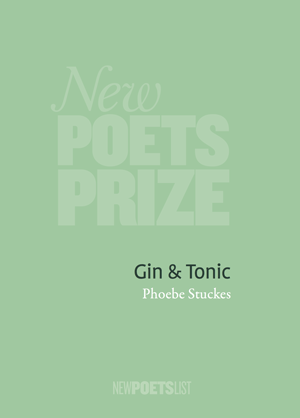 I was lucky enough to be selected as one of the winners in The Poetry Business New Poets Prize in 2016, a competition whose prize is publication of your pamphlet. For me this was a very good route to pamphlet publication as I received editorial guidance from Peter and Ann Sansom and a poetry workshop from Helen Mort, who judged the prize that year. I knew that The Poetry Business had published poets I admire such as Kim Moore and I liked the way that their pamphlets were produced. I really enjoyed the process of putting the pamphlet together, editing the poems until I felt they were the best they could be and choosing the colours for the cover.

While competitions can be a good route to publication, there are lots of small presses that publish pamphlets, such as: Happenstance, The Emma Press, Sad Press, Flipped Eye Publishing and Bad Betty Press for example. Usually these publishers will have their own submission guidelines on their website that will need to be adhered to, and a specific window for when they are accepting work.

The process for submitting Platinum Blonde was very different. I chose to submit my manuscript to the publisher Bloodaxe because I knew they published the sort of poetry I love to read. I was very lucky that my first-choice publisher wanted to publish me. When selecting a publisher, it’s important to choose carefully: this is going to be a home for your work so it’s a good idea to check what sort of work they publish already and if you like the way their editions look.

But there are lots and lots of publishers – if you’re in the UK, have a look through the listings in the National Poetry Library. If you can, it’s also good to go to fairs like the Poetry Book Fair, run by The Poetry Society: you can chat to publishers and get a feel for where your work might belong. You might like to keep an eye on the prizes like Michael Marks Awards for Poetry Pamphlets, which is the big award for pamphlets, for ideas too.

How do I submit my manuscript?

For Platinum Blonde, I inquired first by sending ten poems and a cover letter outlining my experience as a poet – namely, which competitions I’d won, where I’ve performed, and which anthologies and magazines have published me before. I submitted to three different publishers in the end, including one where I heard nothing back (a fairly standard response in publishing unfortunately!) and another who stated that they had no room on their publishing list that year. A few months after I submitted I was invited by my editor at Bloodaxe to send the full manuscript and it was another few months before the manuscript was accepted, on the proviso that I was willing to edit it.

When submitting, it’s also a good idea to think about how to sell your book to a publisher. What sort of poets would you compare yourself to? Which poets on their list can you mention in your email to them? Which publications have featured your work before? One of the publishers I submitted to wanted a short synopsis of sorts explaining what kind of poetry I’d included, which was a bit of a strange exercise but it can be quite useful to imagine what kind of readership you want your book to reach.

On a more obvious note: always check the submission guidelines and follow them. There’s no point in sending your whole manuscript if they only ask for ten poems initially and this makes the editor’s life easier, which is always a good idea! If possible, check the name of the editor and their title and use this in your cover letter – I’ve heard stories of female editors getting letters addressed to ‘Dear Sir’ (not a good look). 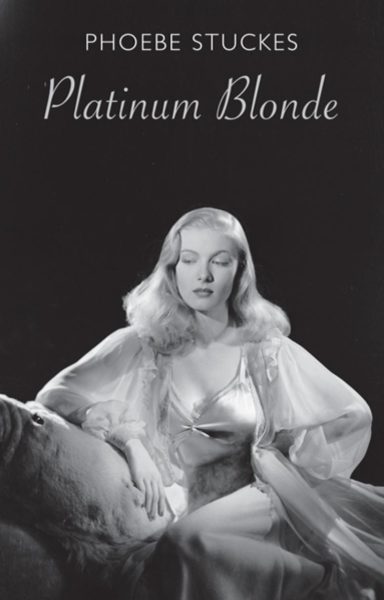 Lastly, make sure your manuscript is in the best possible condition before you send it to publishers. Publishing individual poems is a great way to get way to get your voice out there but a book is a more significant project and requires more time and attention. That said, you still have to be willing to edit after your manuscript is accepted. Platinum Blonde looks quite different now from when I submitted it. There was a section of around ten poems from the full manuscript that my editor liked, but that he felt weren’t in keeping with the general tone of the book. At first I was a bit nervous about this but ultimately I could see where the suggestion was coming from: it’s not that those poems weren’t good enough; they just didn’t make sense within the context of the rest of the book. Most edits are by negotiation between the editor and the writer and there is a large element of trust involved. There are also some poems from Gin & Tonic that I have edited and included in Platinum Blonde. I wasn’t sure about this at first, but I think there is a kind of progression in the book now from the older poems to the newer ones.

It’s also important to note that there are lots of different ways to get published. Many poets prefer to publish in magazines and to publish short pamphlets before tackling the project of a first book. There is also a long tradition of poets making their own publications, zines that can be distributed online and/or at readings are an excellent and cheap way to get your work read. Good luck! 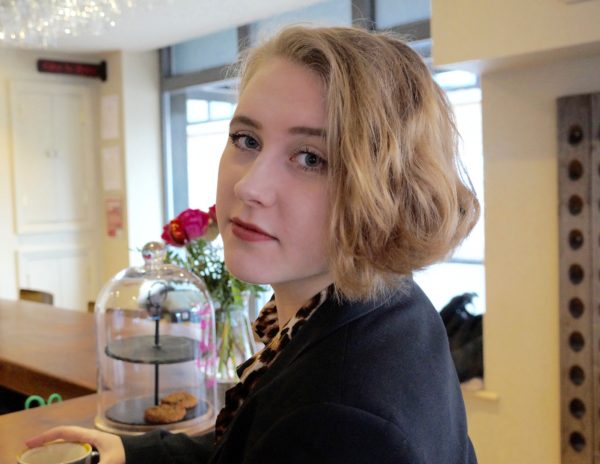 Phoebe Stuckes is a writer from West Somerset. She is a former Foyle Young Poet and a Barbican Young Poet. She has performed at the Southbank Centre, Waterstones Trafalgar Square, Wenlock Poetry Festival and she was the Ledbury Festival young poet in residence in 2015. She has also appeared on The Verb on BBC Radio 3. Her writing has appeared in The Rialto, The North and Ambit. Her debut pamphlet, Gin & Tonic, was shortlisted for The Michael Marks Award 2017. In 2019 she was the recipient of an Eric Gregory Award for her first full-length collection, Platinum Blonde, which will be published by Bloodaxe Books in 2020.

2 thoughts on “How to publish your poetry: putting together the first book”